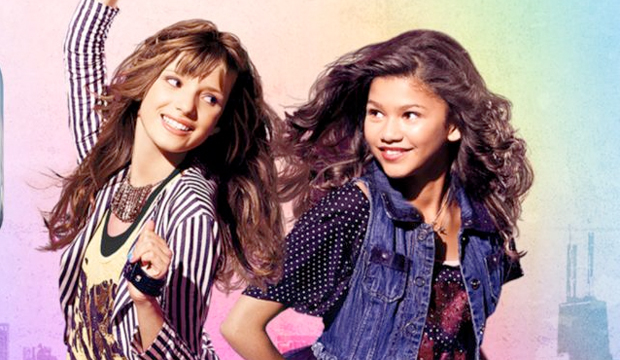 Born September 1, 1996, Zendaya rose to fame as a child star on the Disney Channel, with fan-favorite characters in “Shake It Up” and “K.C. Undercover.” The singer and actress soon started dabbling in feature films, where she earned the plum role of MJ, Tom Holland‘s love interest, in the “Spider-Man” movies. Zendaya’s biggest claim to fame was in 2020, when became the youngest-ever Emmy winner in the Best Drama Actress category for playing a teen addict on “Euphoria.” Her movie career continues to blossom thanks to 2021 releases “Dune” (directed by Denis Villeneuve) and “Malcolm & Marie” (for which she’s receiving Oscar buzz). Explore our photo gallery above to see Zendaya’s 10 best movies and TV shows ranked. Does your #1 choice match ours?

10. ‘Shake It Up’ (2010-13) — This Disney Channel series marked the first major on-screen appearance for the then-13-year-old actress. Zendaya takes on the role Rocky Blue, best friend of CeCe Jones (Bella Thorne), who both aspire to become professional dancers in Chicago.

9. ‘Smallfoot’ (2018) — Since Zendaya is known for her beautiful vocals, it was only a matter of time before she was asked to deliver a voice-over performance in a big-budget animated film. She plays Meechee in Warner Brothers’ “Smallfoot,” a Yeti girl who’s the daughter of Stonekeeper (Common) and the love interest of Migo (Channing Tatum).

8. ‘Spider-Man: Homecoming’ (2017) — Zendaya’s first appearance as Michelle “MJ” Jones came in the 2017 version of Marvel’s “Spider-Man.” The actress really plays up her high school character’s awkward intelligence during her few scenes. Of note: in this film MJ is simply friends with Peter Parker (Holland), but the 2019 sequel explores their relationship further.

7. ‘K.C. Undercover’ (2015-18) — Zendaya returned to the Disney Channel in 2015 with “K.C. Undercover,” not just as an actress, but also as a co-producer. She portrays high school student K.C. Cooper, a smarty-pants who gets recruited into working as an undercover spy, just like her parents. The show lasted for three seasons.

6. ‘The OA’ (2019) — Zendaya plays Fola Uzaki, a mysterious gamer, in three episodes of the Netflix series’ second season. Karim (Kingsley Ben-Adir) discovers her unconscious within the labyrinthine of a magical house and saves her life, later visiting her in the hospital. The cult sci-fi show was cancelled after Season 2.

For rankings #5 through #1, be sure to click through our photo gallery right here.