Winners will be announced during the broadcast.

The Hollywood Film Awards kick off at 7:30 PM live ET/delayed PT on CBS with a special half-hour red carpet show featuring fashion and interviews with the stars as they arrive. Following the Hollywood Film Awards broadcast, the festivities will continue with a live one-hour show that will feature interviews with honorees and look back at the evening’s highlights. “CBS This Morning’s” Charlie Rose, Norah O’Donnell and Gayle King will host from the Hollywood Palladium, (10:00-11:00 PM, live ET/delayed PT). 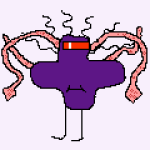 Gerard Butler, Robert Duvall, Michael Keaton, Julianne Moore, Jack O’Connell, Chris Pratt, Channing Tatum, Jean-Marc Vallée, Reese Witherspoon and Shailene Woodley are the first talent set to appear at the 18th annual Hollywood Film Awards. Queen Latifah will host the event on November 14 from the Hollywood Palladium. The awards will be broadcast live for the first time this year, with CBS airing the dick clark productions show at 8 PM in the East; it will run tape delayed at 8 PM in the West.

Now they could be winners or just presenters.

Robert Duvall will probably receive the Hollywood Career Achievement Award. He hasn’t been honored by the other major lifetime achievement awards, so it’ll be nice to see a 6-time Academy Award nominee have their moment.

‘Birdman,’ ‘Fury,’ ‘The Imitation Game,’ ‘Gone Girl,’ ‘Guardians of the Galaxy,’ ‘Grand Budapest Hotel,’ ‘Maleficent’ and ‘Transformers: Age of Extinction’ will be presented with honors at the event before CBS’ live broadcast gets underway

The 18th annual Hollywood Film Awards will be the first ever televised when CBS airs it on Nov. 14. There has been some speculation that the event’s move to network TV will result in it dropping its crafts prizes altogether — after all, they would take up a significant chunk of the two-hour broadcast and aren’t exactly ratings magnets — but that will not be the case.

Instead, the crafts prizes — which honor work in cinematography, visual effects, film composing, costume design, film editing, production design, sound and makeup/hairstyling, and have been a staple of the event since its inception — will be presented prior to the start of the live broadcast and will then be acknowledged in “bumpers” leading into commercials (as has also happened with the Critics’ Choice Awards).

The first annual Hollywood International Award, which has been established “to recognize cinematic talent from around the world,” will also be presented in this manner. The Hollywood Film Awards are produced by Dick Clark Productions, which is owned Guggenheim Partners, the parent company of The Hollywood Reporter.

Birdman‘s Emmanuel Lubezki, last year’s best cinematography Oscar winner for Gravity, will be awarded the Hollywood Cinematography Award for his work on the backstage drama, for which he shot very long and complex takes that were digitally edited together to create the appearance of one continuous take.

Alexandre Desplat, the composer for The Imitation Game who has received six best original score Oscar noms over the last eight years, but has yet to win one Oscar, will add a Hollywood Film Composer Award to his mantelpiece this year, at the very least.

Veteran costume designer Milena Canonero, an eight-time Oscar nominee with two wins to her name, who frequently collaborates with Wes Anderson, will be awarded the Hollywood Costume Design Award for her work on Anderson’s characteristically quirky period piece The Grand Budapest Hotel.

Fury‘s film editors, Jay Cassidy (who has three Oscar noms, two in the last two years) and Dody Dorn (also a previous nominee), will be this year’s recipients of the Hollywood Editing Award.

Sound man Ren Klyce, who has received five Oscar noms for four films — all of which were directed by David Fincher — is in serious contention again this year for another Fincher film, Gone Girl, for which he will receive the Hollywood Sound Award.

Transformers: Age of Extinction visual effects supervisor Scott Farrar, a six-time best visual effects Oscar nominee who has won once, will collect the Hollywood Visual Effects Award. It could be a precursor to him landing his third Oscar nom for one of Michael Bay‘s Transformers spectacles.

David White, a makeup effects specialist, and Elizabeth Yanni-Georgiou, a hair designer and makeup designer, will receive the Hollywood Make-Up and Hairstyling Award for their efforts on the year’s biggest blockbuster, Guardians of the Galaxy.

And the Hollywood Production Design Award will go to Dylan Cole and Gary Freeman, two artisans who have never been Oscar-nominated, but who are regarded as top-tier contenders for the best production design Oscar for Disney’s Maleficent.

Meanwhile, Jing Tian, an emerging Chinese actress whose performances have ignited the box office in her native land — the 25-year-old is best known for The Warring States (2011), Special ID (2013) and Police Story 2013 (2013) — will be the first-ever recipient of the Hollywood International Award.