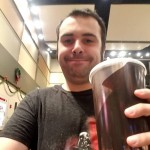 Wow, some of them really do vote lazily. 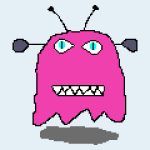 Lol well I have matt Damon finishing second, so that helps that theory. What a bunch of hacks though, can’t believe these are Oscar voters. I’ve literally never heard anyone call Leo mean to work with, ever. He probably bagged the first voter’s poon 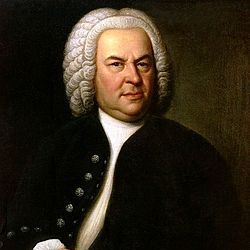 Ok, I think this is a joke.
Some answers are ironic and some choices aren’t even nominated (Idris Elba, O. Rusell).

Just reading what these voters are saying on their ballots is enough to make me say:

‘AMPAS, you know that ten year cycle membership policy you had in mind? Please introduce it because I think we can afford to lose these clowns you call voters’

My thoughts exactly. Even when reading the Brutally Honest Oscar Ballots from last year, you’re like “I can’t believe these idiots are actual voters.” When one voters explained why she was voting for Patricia Arquette, she said she’d vote for her because she didn’t mess up her face for 12 years. Yay, but that is not why you should vote for her performance. One said he’d vote for Felicity Jones for Best Actress because she still looked attractive as her character got older.

I hope that their new membership policy can weed out some of these sorry excuses for voters. 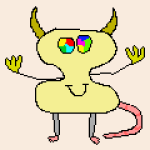 Ok, I think this is a joke.
Some answers are ironic and some choices aren’t even nominated (Idris Elba, O. Rusell). 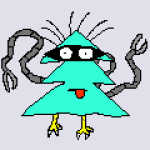 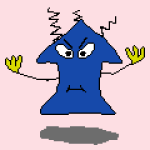 Hi everyone it’s me Gail! I have exciting news to share with you. As my per my annual tradition, I got a chance to interview numerous Oscar voters on their choices (and reasons) and wanted to print the results. Many of the academy members were brutally honest, and as I expected- A LOT more love for The Martian then people are predicting. Lot’s of crying will happen here next Sunday when Matt Damon’s movie wins all 7 awards (plus Ridley will prevail too) – as my forecasts still predict.

Here are what the VOTERS are saying:

“I hated all the other nominees here. The academy royally screwed this one up. No Carol, no Star Wars, no Straight Outta Compton. The Revenant was okay, but if you’ve seen The Grey (2011) with Liam Neeson you know that Leo’s film is just a remake of that superior movie. Anyways, Martian all the way!”

“Again, It’s no contest. People saying it’s Leo’s year are delirious. I’ve worked with him on several occasions. He’s not a nice person. Don’t let anyone fool you into thinking we vote for the work. We don’t. It’s who we admire the most, or who we enjoy filming with. Leo is worse then a pet cat- he’s just totally stand offish and will claw you if you cross him Most Scorpio zodiacs like he is are also this way.”

“Seriously who else would I choose? Two unknown women that I’ve never even met, let alone heard of. I saw Room with some friends when we were wasted and just couldn’t get into it. It was a big bore and none of us understood this St Nick fellow. Was it Christmas time?? Blanchett deserves this, she’s always great- and she gets naked.”

“She was so hot when she got naked. I love lesbian movies.”

“Not sure I’m allowed to do this. But Gail convinced me it’s possible, so hell yeah! I’m going for a true artist here and not these wannabes. Anyone saying George Miller is a legend just likes Babe too much. And Alejandro whatever his last name is already won, right?”

“I’ve produced many a film. And let me tell you, I’ve never seen anything quite as surreally artistic as Ridley Scott’s masterpiece. These other movies don’t compare. My wife laughed a lot during The Big Short, but this was mainly because our mortgage payments were overdue. That doesn’t mean I’m picking it. The movie that made me feel the most- was the one on Mars.”

“His speech at the Golden Globes moved me beyond words. I don’t even remember who won in the Drama Actor category; probably some has-been. I actually like Michael Fassbender more, but I fell asleep during his movie.”

“Have you seen 45 Years? It’s heartbreaking. I actually was going to vote for Brie Larson, but I bumped into her at a press conference and she rudely told me to move out of her way. Well, she failed to realize I actually am an executive producer that knows hundreds of voters. I mass emailed them that evening telling them what a bitch she was. Needless to say, she won’t be getting any of their votes.”

“He won SAG, right? No one has won SAG and not won the Oscar. Statistics never lie.”

“I happened to bump into her as well at the same press conference. I was actually mentally filling out my ballot and saying Kate Winslet was the only choice. Then Alicia complimented my Armani cologne. I immediately switched to her! I love getting my ego stroked.”

“Beautiful film. Reminded me of the remorse many of the characters struggled with in Silver Linings Playbook and American Hustle. I love ensemble movies like those.”

“He reminds me a lot of Bradley Cooper, whom I’ve had the pleasure of directing and working with. Why is Bryan Cranston here? He’s on my TV, not my movie theater screen.”

“She’s the best actress of her generation. Period. I think she honestly is going to give Meryl a run for her money. And unlike Meryl, Jen is barely pushing 30. She also is REALLY nice. Like, REALLY. I’ve had her over for dinner many times, and we’ve gotten…close. Maybe I shouldn’t have said too much, I don’t want anyone thinking I’m picking her because she was on my couch- get it? Director’s couch! Fuck, okay that didn’t sound good. She’s great in Joy.”

“I’ve also directed him and worked with him. He was hilarious in Spotlight. That big speech he gives at the end in front of his journalism team? Amazing. Oh fuck, that was Mark Ruffalo you said?? Oh wow. No, I didn’t see The Big Short. But Bale gets my vote. It’s not being personal at all, just liked him more.”

“Had lunch at a fancy restaurant and the waitress was late with everything. I was outraged. When she dropped the check, I asked her who she liked the most in best supporting actress this year. Her face lit up and she said that Alicia Vikander is her cousin. That she loved her work. I smiled politely. When she left, I abstained from voting in that category. Alicia can thank the bad service I received”

“I know you said it’s okay to write in for Ridley. Well, why not for the best DIRECTOR out there right now? David has been royally screwed for years and it’s high time the academy took notice. Joy was his best work to date. His family agrees. I don’t know them personally, just twitter feeded them a few times. Okay, bye.”

Oscar voter 1:
Actor: you are not supposed to vote against somebody
Actress: you don’t vote for an actress cause you know her and she is naked!

Actor: “some has been” pfff
Actress: how old are you? 7? Grew up man!
Supporting actress: you are just pathetic!

THIS IS A HUGE JOKE GUYS!

How’s this for ya?

Scott Feinberg from Hollywood Reporter stated on Twitter that he was encountering a lot of oscar voters who said they were voting for Mark Rylance for BSA.  He said he was even tempted to put him in as the potential winner.

A gossip columnist stated that she had talked to one AMPAS voter who said they were voting for DiCaprio because they were afraid if they didn’t he might hook his nuts up to a live battery next.

Who has been pretty terrible all year. 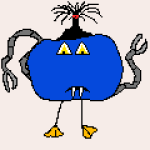 This is fake right?!

Yeesssss@!!!   Of course.  However, I wouldn’t be surprised if it doesn’t approximate some votes a bit.  Probably one reason why many actors/actresses hire people like Peggy Siegal, an oscar strategist, who helps them through oscar season.  There is a very good and telling article about said strategist in Vanity Fair in which she tells one story about DiCaprio, the current flavor for Best Actor.  He does indeed want one of those little golden men just as much as anyone else in Hollywood.  Aside from giving a very good/great performance, the key is learning how to charm and win over Academy members as we all should know by now, but there is more.   One must learn how to write good speeches and present oneself in a classy, dignified fashion as awards season progresses.  Oh, perhaps some actors like Day Lewis and Streep can get by without much campaigning, but most have to avail themselves of these services to really get their foot in the door these days.  Eddie Redmayne campaigned endlessly last year and was quite charming and we know where he went with that.  For the record I really loved his performance last year and DiCaprio’s performance this year, but, really, when you are speaking about best performances in this or that, I do believe that it’s almost impossible to rate one performance as that much better than someone’s elses at that level and quite a few are often left off the list as in this year.  The nature of the beast.

THEN SEE – Joyce and Chris wonder what’s up with those TV nominations?