George Clooney and Shailene Woodley are shown in a scene from the movie ‘The Descendants.’

Alexander Payne’s “The Descendants” doesn’t move like other movies. Set in Hawaii, it has a languorous ease, but it also has its antic, oddball rhythms and, at times, a brief, breathtaking romanticism. It’s a jumble that work

It soon becomes clear to Matt that Elizabeth’s coma is irreversible and her remaining time, once the plug is pulled, will be short. How he deals with his daughters in this tragic situation is the heart of the film, and yet – and this is the film’s true originality – it never descends into pathos. Payne, who based his movie on the acclaimed 2007 novel by Kaui Hart Hemmings and shares a screenplay credit with Nat Faxon and Jim Rash, understands how tragedy often plays itself out as a flurry of warring emotions. The grief in this film is often goofy, almost knockabout. Matt and his daughters and many others in the movie’s widening human circle are caught up in a whirlwind of kindness and rue and redemption.

IN PICTURES: The 10 highest grossing films of all time

As if Matt doesn’t have enough to deal with, he also has to make a decision about the fate of 25,000 acres of pristine land on Kauai that, as majority stakeholder in the family trust, his relatives are pushing him to sell. (His ancestry, on one side of his family, goes back generations to royal Hawaiian blood.) Even worse, he must confront the revelation, supplied early on by Alex, that Elizabeth was carrying on an affair.

Alex, who has been boarding at a pricey school on the Big Island, resented her mother for her adultery, and there is a strong element of payback in the way she unloads her bombshell on her father. Despite the maundering state of his marriage, the clueless Matt is poleaxed at the news.

Ironically, inevitably, it is the search for Elizabeth’s boyfriend, who turns out to be an Oahu real estate agent named Brian Speer (Matthew Lillard), that ends up bonding Matt with his eldest daughter. They track Brian down to the Big Island where he’s taking a mini-vacation with his family and, in coconspiratorial mode, press a confrontation. But Matt isn’t the type to foment a fight. What he really wants from Brian, in a beautifully written and acted scene, is something more than a punch-out. He wants Brian to come to the hospital in Oahu and pay his last respects to Elizabeth. (In the course of the film practically all the major players have their solo scenes – they are more like confessions – with the comatose Elizabeth.)

Although there are some magnificent vistas on view in “The Descendants,” particularly of the Kauai acreage that Matt is loath to part with, Payne doesn’t portray Hawaii in paradisiacal colors. This is perhaps the first film ever shot in Hawaii that brings out the workaday, almost banal aspects of the islands. It’s a bracingly realistic – bracingly honest – view of experience, and it’s entirely in keeping with the open-ended way in which Payne works.

He surprises us. Just when you think you’ve pegged a person’s character in this film, the emotional landscape shifts and you realize you didn’t really know that person after all. This is true not only of Matt and his daughters but also of Alex’s stoner boyfriend Sid (Nick Krause), who, somehow, ends up as a kind of mentor to Matt; or Matt’s martinet father-in-law, Scott (Robert Forster), who blames him for Elizabeth’s accident; or Brian’s wife, Julie (Judy Greer), with her fragile chipperness; or Matt’s cousin Hugh (Beau Bridges), who can’t comprehend why his relative wouldn’t want to sell the Kauai acreage and reap a windfall for the family.

All these actors are wonderful, and none more so than Clooney, who does something very difficult here: He makes decency magnetic. There is not a trace of vanity in the way he plays down his trademark glamour. He and Payne are coconspirators, too. They know that the story they are telling is too emotionally complicated to muck up with a lot of preening and artifice. They head right into the sad and crazymaking humor of the situation. This is a modest marvel of a movie. Grade: A (Rated R for language, including some sexual references.) 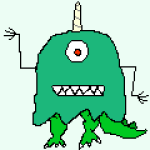 Thanks for posting these Babypook – curious though that you more than anyone here suggests we not be influenced by critics. 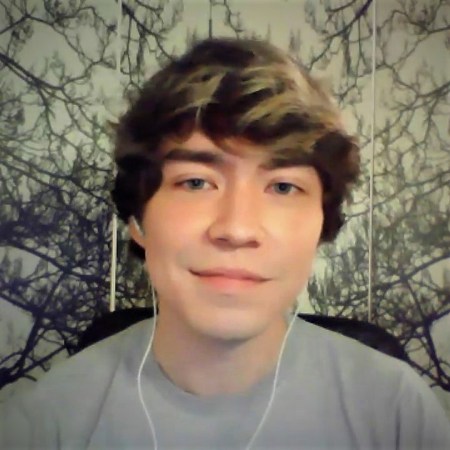 Anyway, its Oscar chances:
1) Best picture – a certain nominee, possible winner, too early to scope out its relative position, but this likely has some passionate support and not much passionate opposition
2) Best actor – a lock for nomination (the first so far), possible winner – I’d go so far as to call him a slight favorite
3) Other acting – it’s such a great ensemble, and everyone is pitch perfect, but between the bigger names being less known, and the showier best roles (Robert Forster, Beau Bridges – the latter maybe one scene short of a nomination for supporting, but he is just terrific), probably none other, unless a juggernaut develops
4) Directing – sure nominee, possible win
5) Adapted screenplay – sure nominee, possible win
6) The rest – the film is impeccably crafted, but not in the flashy way that gets nominations; it would have to get them as part of a strong pack
Which leaves us with the possibility of a quite possible best picture winner legitimately only having four nominations, causing the usual (and understandable) question of relative weakness. So down the line, this will bear further observation.

No one thought that The King’s Speech had nomination-worthy editing, sound or cinematography either, though, so if The Descendants is going to win, it will probably rack up some random undeserved technical nominations, as well.

THEN SEE – Joyce and Chris wonder what’s up with those TV nominations?