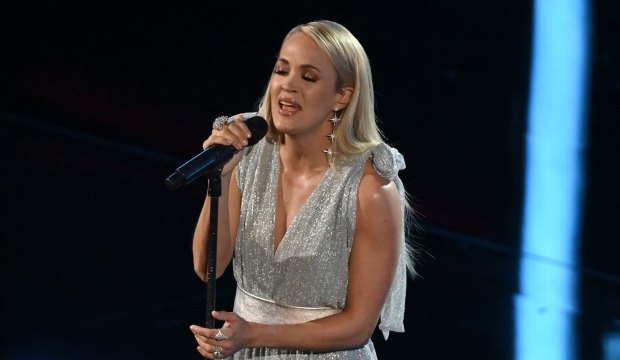 The 2021 CMT Music Awards will be handed out on Wednesday, June 9, during a ceremony that will be hosted by Kelsea Ballerini and Kane Brown and air across the Viacom family of networks including CMT, MTV, MTV2, Logo, Paramount, and TV Land. But who will perform during the two-and-a-half-hour music event? Scroll down for the complete list.

Collaborations will rule the night as a number of artists join forces to perform together. And that doesn’t just include country stars. Mickey Guyton will be joined by the legendary Gladys Knight for one performance, while Chris Stapleton will be joined by recent Grammy- and Oscar-winning R&B artist H.E.R. And Ingrid Andress will premiere a new duet with Grammy-nominated pop singer-songwriter JP Saxe.

Hosts Ballerini and Brown will be on the main stage as performers too. And some of this year’s fresh faces in country music will get to make an impression live from the Ram Trucks Side Stage, including Breakthrough Video of the Year nominees Dylan Scott, Hailey Whitters, Lainey Wilson, and Niko Moon.

The winners at these awards are decided entirely by fans voting online. That includes Video of the Year, which started with a whopping 14 contenders. That field was whittled down to six after an initial round of voting. And the final three will advance to the telecast and be decided by fans on social media. Carrie Underwood is a nominee for that top award (for “Hallelujah,” her collaboration with John Legend). She has already won the prize eight times, more than any other artist; she’s performing during the show too, but with the Christian rock band NEEDTOBREATHE.