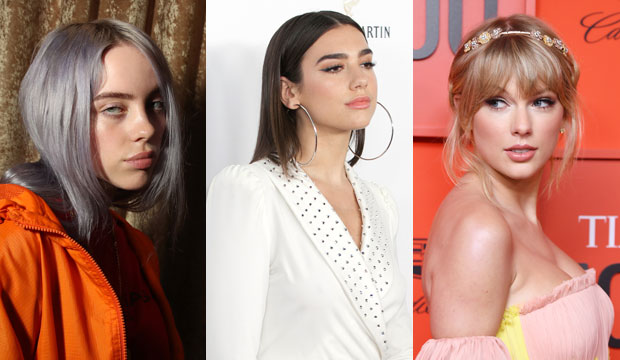 The 2021 Grammys will be held on Sunday, March 14 during a ceremony hosted by “The Daily Show” star and past Grammy nominee Trevor Noah. But even though the music industry’s biggest awards show has been rocked by the COVID-19 pandemic like the rest of the entertainment industry, they have still announced a full slate of performers who will take the stage — or whatever form “the stage” should take under these circumstances. Scroll down to find out what artists you can look forward to seeing during the CBS broadcast.

The list includes some of this year’s most nominated artists. Taylor Swift, Dua Lipa, and Roddy Ricch have six noms apiece, and they’re all scheduled for the main event. Swift and Lipa are rivals for Album of the Year for “Folklore” and “Future Nostalgia,” respectively. Other nominees in that category who will perform include Black Pumas (“Black Pumas Deluxe Edition”), HAIM (“Women in Music Pt. III”), Post Malone (“Hollywood’s Bleeding“) and Coldplay‘s Chris Martin (“Everyday Life“).

These awards were originally scheduled for January 31, but like many other events they were postponed for a couple of months out of consideration for the global health crisis. However, the eligibility and voting dates remained the same. These awards celebrate the best recordings released from September 1, 2019, to August 31, 2020. And votes for winners were in by January 4, so the academy has been sitting on the results for a while now, leaving the artists in suspense. But they won’t have much longer to wait. And we won’t have much longer to wait to see the artists showcase the music that got them there.