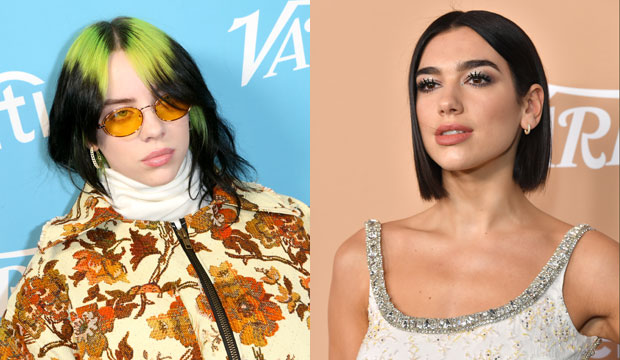 The Grammy for Record of the Year is awarded to the artist, producers and engineers for the year’s best single and has previously gone to classics from Henri Mancini‘s “Moon River” to Whitney Houston‘s “I Will Always Love You” and Adele‘s “Rolling in the Deep,” to name just a few. But who will win this year when prizes are handed out on Sunday night, March 14? Scroll down to see our odds, which are based on the combined predictions of thousands of Gold Derby users.

The defending champion is among the nominees. Billie Eilish swept the top four general field categories last year (Record of the Year, Album of the Year, Song of the Year, and Best New Artist), and she’s nominated here again for her standalone single “Everything I Wanted,” which is also up for Song of the Year and Best Pop Solo Performance. If she wins again she’ll be only the third artist ever to prevail in consecutive years, after Roberta Flack and U2.

But Eilish isn’t the only Grammy heavyweight in the running. Beyonce is one of the most awarded artists in Grammy history with 24 trophies, and she’s tied with Frank Sinatra as the most nominated artist in the history of this category with seven bids, though she has yet to win it. This year she’s nominated twice, for her own “Black Parade” and as a featured artist on Megan Thee Stallion‘s “Savage (Remix),” which makes her the first female performer ever nominated twice in the same year.

Post Malone has also put together an impressive streak in this category. He’s nominated for “Circles,” which is his third straight nomination for this award following “Rockstar” (2019) and “Sunflower” (2020). That ties him with the aforementioned Sinatra and Flack as well as Steve Winwood for the most consecutive bids. But he’s still waiting for his first Grammy win in any category.

The rest of the field is made up of Record of the Year rookies, of whom Dua Lipa might be especially formidable for “Don’t Start Now” given her six overall nominations this year. Who do you think will win? Check out our predictions below.