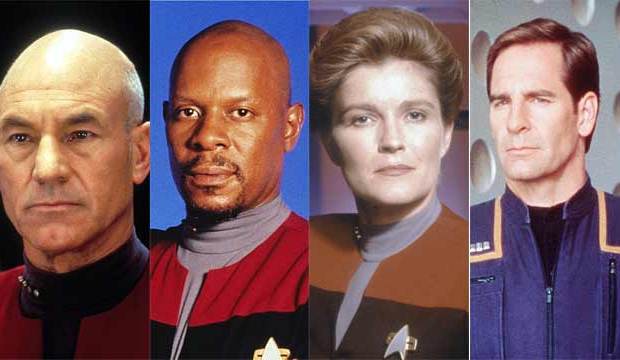 The original series was well liked by the TV academy, earning 13 Emmy nominations, including two in a row for Best Drama Series (1967-1968), but unfortunately it never won in any category. Its subsequent spinoffs, however, were all winners, while “The Next Generation” remains the only syndicated series to ever earn a nomination for Best Drama. Scroll down to see every single episode from the “Star Trek” television universe that won Emmy Awards spanning four decades.

“The Next Generation” is by far the biggest winner among “Trek” series, taking home 18 awards over the course of its run, more than all other “Trek” series combined. Still, the four awards apiece won by “Deep Space Nine” and “Enterprise” weren’t too shabby. Neither were the seven won by “Voyager.”

After “Enterprise” it took more than a decade for the “Trek” franchise to return to the airwaves, and in the intervening years the TV landscape exploded with programming on myriad networks and streaming services. The production values of genre shows like “Game of Thrones” and “Westworld” meant there was a lot more competition in the Emmys’ crafts categories when “Discovery” started on CBS All Access in 2017. But that couldn’t keep “Star Trek” from getting back on the board with “Discovery’s” first win for its makeup in 2019.

What’s your favorite Emmy-winning “Trek” episode? Which episodes were robbed of recognition from the television academy?