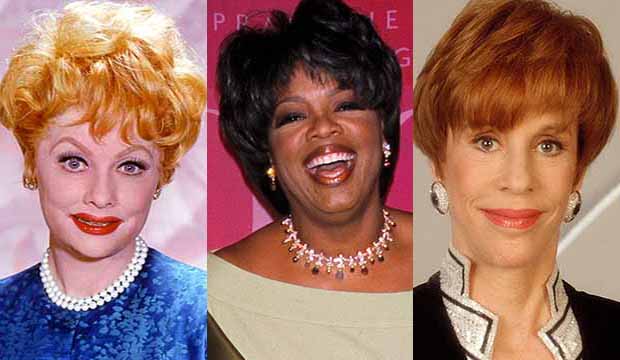 Who is the best female TV star of all time? Our new photo gallery above takes on the tough task of ranking the 30 greatest actresses and performers. Agree or disagree with our choices?

With over 70 years of television to consider, we had to provide ourselves with a few rules to help simplify things. One of those was that every woman in our gallery must have been an ongoing leading lady at some point, preferably more often than not. That’s why you will not see such classic supporting actresses as Vivian Vance, Doris Roberts or Rhea Perlman.

In order to place them in the rankings, we were looking at a combination of quality (top rated shows with the public or critics), quantity (number of shows and TV appearances), Emmy wins and nominations, plus overall legacy and iconic nature. They also needed to be on television regularly for at least the last 15 years or more. That knocked out some very fine actresses who’ve only just begun their TV careers in the past decade or so.

Among the ladies in our rankings are several that have been inducted into the Television Academy Hall of Fame in the past 35 years. They are Beatrice Arthur, Lucille Ball, Candice Bergen, Carol Burnett, Diahann Carroll, Angela Lansbury, Cloris Leachman, Julia Louis-Dreyfus, Mary Tyler Moore, Dinah Shore, Jean Stapleton, Betty White and Oprah Winfrey. Some of the younger actresses in our gallery are Gillian Anderson, Tina Fey, Lauren Graham, Mariska Hargitay, Helen Hunt and Julianna Margulies.