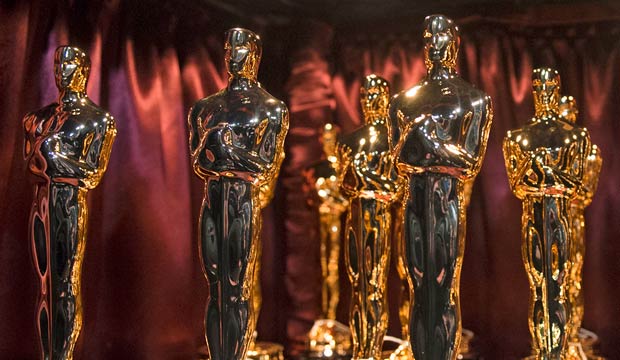 Nothing says hurray for Hollywood as much as decorating actors with Academy Award nominations and gold trophies for playing an actor while glorifying the artistry of their own craft. This tradition just might continue with David Fincher’s “Mank,” which tells a version of the back story of how 1941’s “Citizen Kane” was born. The black-and-white film focuses on alcoholic screenwriter Herman J. Mankiewicz, who oddly enough also co-adapted the screenplay for “The Royal Family of Broadway,” the source of the first-ever nomination for an actor who played a character who was an actor. While Mank himself would not fit the profile of our featured gallery, Orson Welles (played by Tom Burke) has an outside shot at a nom.

Here are 35 times that male actors were recognized for playing either real-life or fictional thespians on the big screen, including both lead and supporting nominees and winners. Tour our photo gallery, which includes Leonardo DiCaprio and Brad Pitt (“Once Upon a Time in Hollywood”), Michael Keaton and Edward Norton (“Birdman”), Jean Dujardin (“The Artist”), Bill Murray (“Lost in Translation”), Martin Landau (“Ed Wood”), Dustin Hoffman (“Tootsie”) and many more.

Plus, visit our other recent gallery which features 40 actresses who received Oscar nominations for playing actresses.