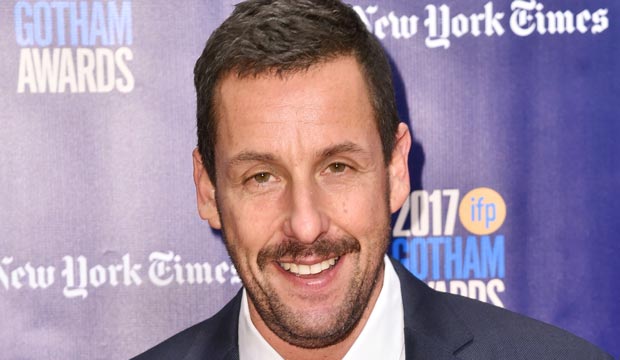 Like many popular comedic actors of the day, Adam Sandler got his start on “Saturday Night Live” first as a writer and then as a cast member. He was spotted by weekend update anchor Dennis Miller doing stand-up comedy and Miller recommended him for the show. Sandler was a big success on the show, particularly doing song parodies during the Weekend Update segments. Sandler left the show in 1995 after only five years on the program. Years later when Conan O’Brien was having his own problems with NBC, Sandler admitted to O’Brien that he was actually fired from “SNL” and didn’t leave voluntarily as had been assumed.

Sandler started off doing comedy films after that but has evolved into doing dramatic work at times. While he has a pretty strong track record as a box office draw, he has also often been the target of poor reviews from critics and has frequently been singled out by the Razzies.

He has earned raves, however, starting with his Golden Globe nominated turn in “Punch-Drunk Love” (2002). He won the Independent Spirit Award and earned a Critics Choice Awards bid for “Uncut Gems” (2019). He’s also been nominated at the Emmys five times, for four “SNL” (three writing, one guest acting) and once for writing his standup special “100% Fresh.”

Let’s take a photo gallery tour of his movies, ranked from worst to best. Our list includes “Happy Gilmore,” “Billy Madison,” “Punch-Drunk Love,” “The Wedding Singer,” “The Waterboy” and more.