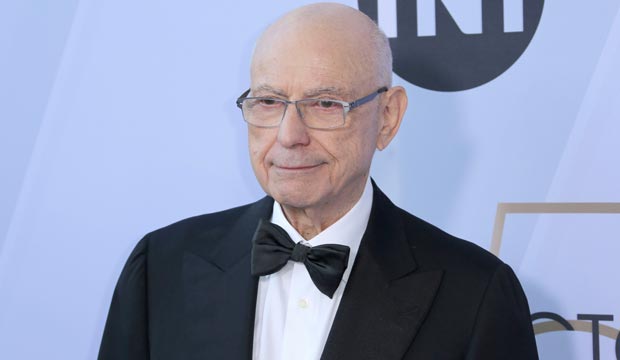 On March 26, 2020, Oscar winner Alan Arkin will celebrate his 86th birthday. The actor shows no scenes of slowing down though since he has just had rave reviews and nominations for the Netflix comedy series “The Kominsky Method,” which earned him an Emmy nomination as Best Comedy Supporting Actor in 2019 and could very well earn him a second one in 2020. A win would place Arkin in the rare group known as the Triple Crown of Acting winners. (These are people who have won the Oscar, Emmy and Tony, all three of the profession’s major awards.)

Arkin started his career with the acclaimed Second City Comedy troupe in Chicago. He would make his Broadway debut with that group in the fall of 1961. Two years later he would rise to theatrical fame in the play “Enter Laughing” as a young man who aspires to be an actor despite his families objections. He would win the Tony Award in 1963 as Best Featured Actor in a Play for that role. He would score another Broadway triumph the following year with the highly praised and popular play “Luv.”

He would then go onto become one of the rare people who received an Oscar nomination for their first film when he starred in the film “The Russians are Coming, The Russians are Coming.” Arkin would receive three more Oscar nominations and finally win the Oscar nearly 35 years after his film debut for the film “Little Miss Sunshine.” Arkin has had a long and varied career which also included directing on the Broadway stage. His biggest Broadway directing success would be with Neil Simon‘s “The Sunshine Boys.” The popular story of the reunion of two vaudevillians would later be made into a film starring Walter Matthau that would win George Burns the Oscar for Best Supporting Actor.

In celebration of Arkin’s birthday, tour our photo gallery above with his 15 greatest film performances, ranked worst to best. Our list includes the films above plus “The In-Laws,” “Argo,” “Wait Until Dark” and more.