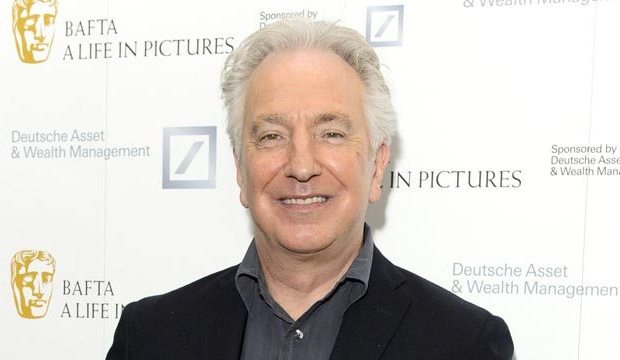 February 21, 2020 would have been the 74th birthday of acclaimed actor Alan Rickman, who left us too soon in 2016 from pancreatic cancer. Rickman came from a working-class background and considered acting and drama school too impractical a choice as a career. He excelled in art and painting as a teen which led to him studying at the Royal Academy of Art and later starting his own design firm. At the age of 26 he decided to change course and applied to the Royal Academy of Dramatic Arts to which he was accepted.

Upon graduation Rickman began working steadily on the British stage. While he played a variety of roles it wouldn’t be until about a decade later that he would find the role that would gain him huge attention in both London and the US. That role would be as Valmont in the Royal Shakespeare Company’s production of “Les Liaisons Dangereuses.” He played the role in London and then again on Broadway where he earned a Tony nomination in 1987. The success of that production would inspire two movie versions of the same story to be made in the coming years but neither would star Rickman. In 1988 John Malkovich played the role in “Dangerous Liaisons” and the following year Colin Firth would play the part in “Valmont.”

Despite being passed over for those film versions, Rickman still managed to be noticed by Hollywood and was given a key role in the action blockbuster “Die Hard” in 1988. He would work steadily in all mediums until his death. In 2002 he won a Tony on Broadway for a revival of “Private Lives.” In 1991 he won a BAFTA for his performance in “Robin Hood: Prince of Thieves.” The year 1996 saw Rickman sweep all the major television awards (Emmy, Golden Globe and SAG) as Best Supporting Actor in the TV movie “Rasputin: Dark Servant of Destiny.”