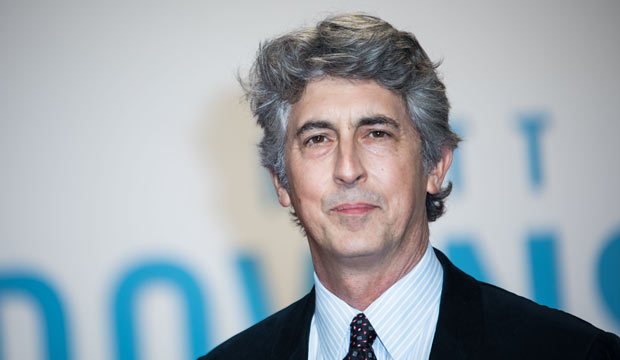 Happy birthday to Oscar-winning writer/director Alexander Payne! as he turns 59 on February 10, 2020. One of the most acclaimed writer/directors of his generation, Payne specializes in films, such as “Sideways” and “The Descendants,” that can be darkly funny while at the same time being extremely moving. His depictions of the flawed character that he creates has almost become a genre unto itself —  say a film is “like an Alexander Payne movie,” and film fans will know exactly what you mean.

Payne has a remarkable track record at the Academy Awards — he has made seven films and has earned seven Oscar nominations. Granted, it wasn’t one for each film, but percentage-wise, that’s still enormously impressive. And of those seven noms, he has won two Oscars for co-writing 2004’s “Sideways” and 2011’s “The Descendants.” In addition, he has received four Golden Globe nominations for his directorial work (2002’s “About Schmidt,” “Sideways,” “The Descendants” and 2013’s “Nebraska”).

Payne takes his time taking on new projects — there was a seven-year gap between “Sideways” and “The Descendants” — so we might have to wait a while for that eighth film. But given his track record, we’ll always be excited for a new Alexander Payne movie, no matter how long it takes.

Let’s take a photo gallery tour of all seven films in his career, ranked from worst to best.