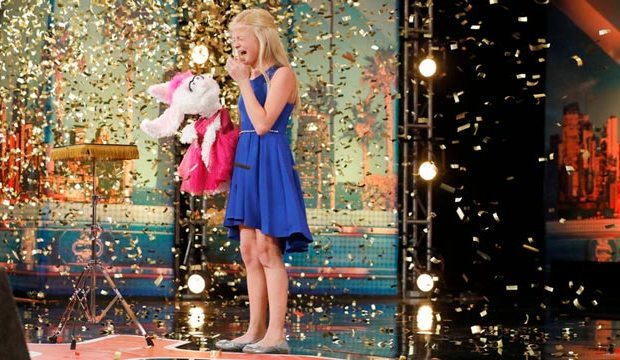 The confetti. The tears. The hugs. Admit it: you just can’t get enough of those emotional Golden Buzzer moments on “America’s Got Talent” … and neither can we. This twist was first introduced on the American version of the worldwide talent competition in Season 10, and it’s been an integral part of NBC’s reality TV show ever since. During the auditions the four “AGT” judges (and the host as of Season 11) get to press the Golden Buzzer for a single act that moves them emotionally, which sends the performer straight to the live shows. In the Judge Cuts, guest judges are allowed to push the button as well for their favorite act. Want a refresher on all of the “America’s Got Talent” Golden Buzzers through the years? We’ve got you covered — just scroll through our photo gallery below.