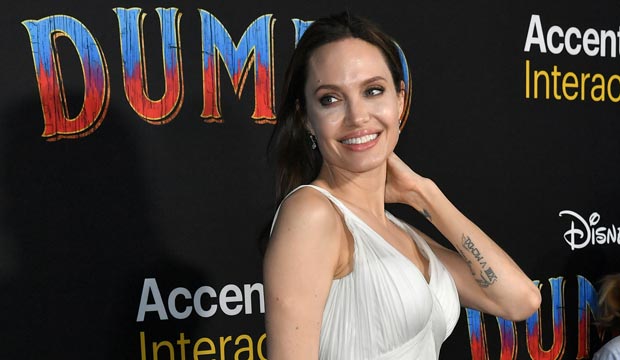 One of the most famous women in the world, Angelina Jolie, will celebrate her 45th birthday on June 4, 2020. Jolie started acting right out of high school, and despite her outward appearance, she has described herself as an awkward outsider at Beverly Hills High School, where she was teased because by her rich classmates. She lived with her mother in an apartment, and the family existed only on child support from her father actor Jon Voight, who had financial problems of his own. She later transferred to a different school and found her identity as what she describes as “a punk chick with tattoos.”

She began her career in a series of forgettable films (“Cyborg 2” anyone?) but then suddenly grabbed attention in the TV mini-series “George Wallace.” The series depicted the life of the title character, who was a controversial governor of Alabama and a presidential candidate. Jolie received very positive reviews as his second wife, Cornelia. Later that same year she would gain even more attention and another set of superlative reviews for her performance in the HBO film “Gia,” which told the true-life story of a famous model who succumbed to drug addiction and then died as one of the early victims of the AIDS crisis. Jolie’s electric performance gained the attention of Winona Ryder, and she was soon cast in a key supporting role in Ryder’s passion project “Girl, Interrupted” about a group of young women committed to a mental institution.

These three roles earned Jolie three consecutive Golden Globe Awards winning Best TV Supporting Actress in 1998, Best TV Movie/Miniseries Actress in 1999, and then Best Film Supporting Actress in 2000. She would also win the Oscar for Best Supporting Actress for “Girl, Interrupted.” In 2014 she would receive the Academy’s Jean Hersholt Humanitarian Award. She and her father who won the Best Actor Oscar in 1978 for “Coming Home” would join Henry Fonda and Jane Fonda in the record books as the only fathers and daughters to each win Academy Awards.