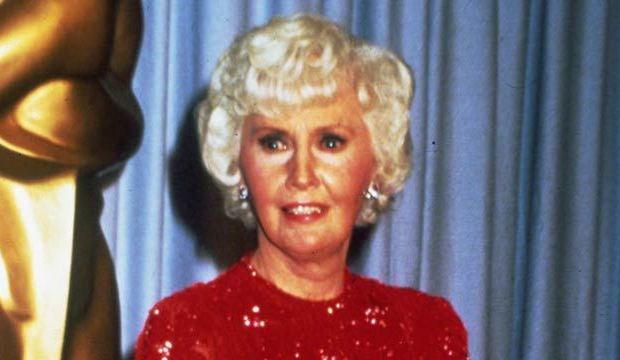 She was one of the hardest working, most versatile actresses of the Golden Era of Hollywood, lauded by directors, costars and crew members for her professionalism and pleasant demeanor. During a time when most actors were typecasts, her most famous roles included a range of characters from society lady to sassy con artist, working class girl to helpless invalid and from heartbroken mother to one of the most infamous femme fatales of film noir.

Barbara Stanwyck was born Ruby Catherine Stevens on July 16, 1907, in Brooklyn, NY. Orphaned very young, Ruby dropped out of school at the age of 14, starting a series of odd jobs, eventually working for the telephone company. However, she had big dreams, and was soon a chorus girl in several shows, including the Ziegfeld Follies. In 1926, she had a part in the moderately successful play “The Noose,” and decided to change her name – “Barbara” was the name of her character, and “Stanwyck” was the surname of a fellow actress. In 1927, when she received rave reviews in the play “Burlesque”, Hollywood came calling, and Barbara Stanwyck was on the road to film stardom.

Fans of her 1960s television western “The Big Valley” are probably a little bit shocked when they watch some of her early film work. Many of these films, some of them coming before the Production Code became fully enforced, featured her as a hard-working girl doing what she has to do to get through the Great Depression, or as a missionary who finds herself attracted to an Asian man during a time when miscegenation was illegal. Her hard work and versatility allowed her to transition from silent to PreCode sound to the new era of Production Code Hollywood, when many other performers lost popularity during such changes.

She was unique during this time as she never signed a long term exclusive contract to any one studio; instead, she signed non-exclusive contracts, allowing herself to freelance and have more control over her roles. As a result, she was one of the only actresses to work with almost every major director and studio during the Golden Era, leading her to become the highest paid woman in the nation in 1944.

In her filmography, there are not a lot of award-winning films. In fact, only one of her movies, “Double Indemnity” from Billy Wilder, received a Best Picture nomination, and there is only one Oscar win out of all of her films – Best Screenplay for “Titanic.” However, many of her pictures have left a huge legacy, including four that have been selected for preservation in the National Film Registry – “Baby Face”, “The Lady Eve”, “Ball of Fire” and “Double Indemnity.” The same versatility and dedication to hard work that served her well in her youth allowed her an equally successful career in television beginning in the 1960s, with memorable and award-winning performances in “The Big Valley”, “The Thorn Birds” and “The Colbys.”

Stanwyck was well praised during her 6 decades in Hollywood. She received four Best Actress nominations, finally receiving an Honorary Oscar in 1982. Her work on television led to five Primetime Emmy Awards, including wins for Best Actress in a Series (Lead) for her short-lived program “The Barbara Stanwyck Show”(1961); Best Actress for “The Big Valley” (1966); Best Actress for “The Thorn Birds” (1983). She received three Golden Globe nominations for her television works, winning for “The Thorn Birds” in 1984 for Best Supporting Actress. She is the recipient of several lifetime achievement awards, including from the Screen Actors Guild (1967), Los Angeles Film Critics (1981), Film Society of Lincoln Center Gala (1981), and American Film Institute (1987) and the Cecil B. DeMille Award (1986).

Frank Capra once said, “She was destined to be beloved by all directors, actors, crews and extras. In a Hollywood popularity contest, she would win first prize, hands down.” She was known for her accessibility, and often helped crew members financially. Marilyn Monroe claimed that she was the only actress from the older generation who was nice to her.

Stanwyck was very humble when receiving her many accolades; she often praised other actors when giving acceptance speeches. She was a tough lady, who smoked heavily from a young age and suffered from congestive heart failure, COPD and emphysema. She passed away in 1990 at the age of 82, and in her usual no-fuss fashion, requested cremation with no funeral. Her ashes were scattered over Lone Pine, CA, where she filmed many westerns.