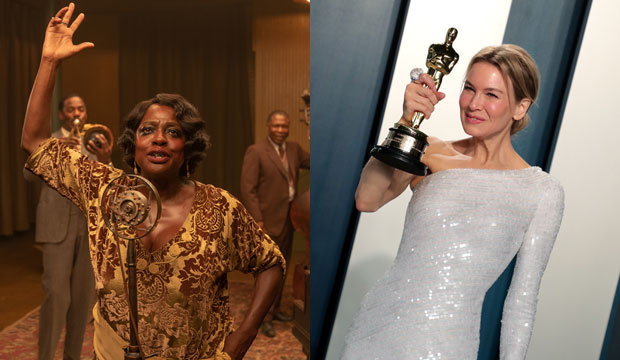 There is a long Oscar tradition of nominating lead actresses who bring singing legends to musical life over  the years. The 2021 Best Actress race is no exception, what with Viola Davis bringing the Mother of the Blues to vivid life in “Ma Rainey’s Black Bottom” and Andra Day tackling a legendary jazz singer in “The United States vs. Billie Holiday.” Jennifer Hudson, who won a supporting trophy for a fictional singer in the 2006 musical “Dreamgirls,” was considered to be a likely contender for her portrayal of Aretha Franklin in “Respect.” But the COVID-19 pandemic caused the film’s opening date to move several times. It is now slated for August 13, 2021.