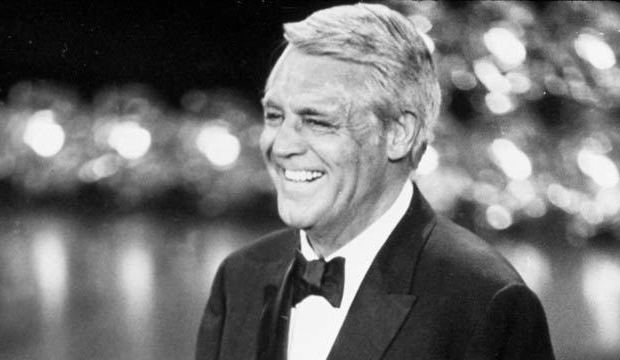 He was born Archibald Alec Leach in South West England on January 18, 1904. As a teen, he became attracted to show biz at an early age, becoming friends with a troupe of acrobats and doing odd jobs while hanging out backstage at theaters. At 16, he would travel by ship to the United States, where he would eventually change his name to Cary Grant after signing his first movie contract in 1931. He became one of the most admired and beloved leading men that Hollywood would ever produce.

Grant’s suave looks and elegant voice served him well when he started acting in films, but his artistry and nuance on screen matured considerably over the years. He would work with the master Alfred Hitchcock several times, including “North by Northwest,” “Notorious” and “To Catch a Thief.” Grant was also quite deft with comedy roles, including “His Girl Friday,” “The Awful Truth,” “Arsenic and Old Lace” and “Mr. Blandings Builds His Dream House.”

He would retire at age 62, after his daughter, Jennifer, with fourth wife Dyan Cannon was born. Grant never won an Academy Award, although he would be nominated twice for Best Actor in dramas, 1941’s “Penny Serenade” and 1944’s “None But the Lonely.” The academy made up for the oversight by presenting him with a special Oscar for Lifetime Achievement in 1970. Tour our photo gallery above of Grant’s 15 greatest films, ranked from worst to best.