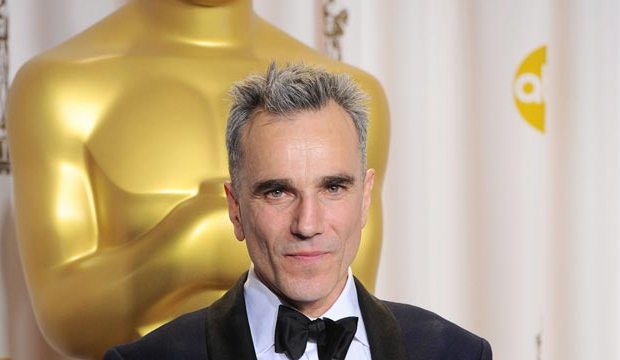 In the summer of 2017, Oscar-winning actor Daniel Day-Lewis surprised Hollywood, London and the entire entertainment world when he revealed that he retired from acting and would make no more films. His final performance in Paul Thomas Anderson‘s “Phantom Thread” (2017) brought Day-Lewis his sixth Oscar nomination, his eighth Golden Globe nom and his seventh BAFTA bid (losing all three to Gary Oldman for “Darkest Hour”).

One of the most respected actors of his generation, Day-Lewis is the only man who has won three Oscars for Best Actor. Those victories were for “My Left Foot” (1989), “There Will Be Blood” (2007), and “Lincoln” (2012). In fact he is one of only three men to win acting Oscars three times; the others are Walter Brennan and Jack Nicholson. In addition, he has won two Best Actor awards each from the Screen Actors Guild and the Golden Globes.

Most importantly (if retirement actually happens), he will have left behind a remarkable legacy of screen performances, which will be difficult to replicate by any actor. Let’s look back at the wildly diverse collection of characters that Day-Lewis, who turns 63 on April 29, 2020, has brought to the screen. Tour through our photo gallery to revisit 12 of his greatest movies, ranked from worst to best, including the three that brought him Academy Awards.