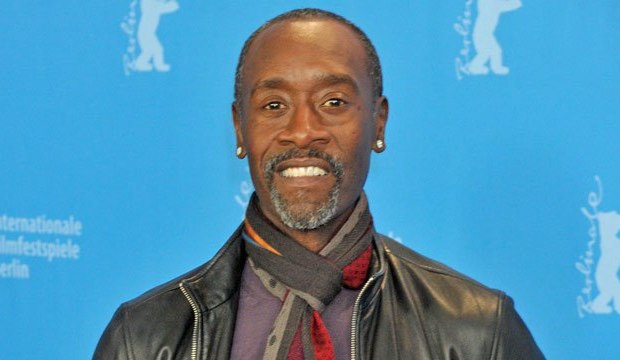 Don Cheadle has enjoyed an interesting and varied career encompassing success in both film and television.

He first started acting in the mid-1980s with such films as “Hamburger Hill” and “Colors.” His career took a different direction when he was cast in the spinoff series “The Golden Palace” followed by “Picket Fences.” Around this time, he also had the movie “Devil with a Blue Dress” garner him some awards attention and make nearly grab him an Oscar nomination.

Cheadle won a Golden Globe in 1999 for his role in the film “The Rat Pack,” in which he played Sammy Davis Jr. He would later go on to appear in the remake of one of Davis’ films, “Ocean’s Eleven.”

He would win a second Golden Globe in 2013 for the TV series “House of Lies” which had a multi-year run on Showtime. The series would earn him three Golden Globe nominations and four Emmy nominations, although he would never win any of those bids.

Cheadle was twice overlooked for Oscar nominations for both “Crash” and “Devil in a Blue Dress,” despite earning SAG nominations for each of those films. He did receive a Best Actor nomination with Academy Awards voters for “Hotel Rwanda,” though he lost the award to Jamie Foxx for “Ray.”

Take a photo gallery tour with his feature film career. We offer his 16 greatest movie performances, ranked from worst to best. Can you guess which one is in the top slot?