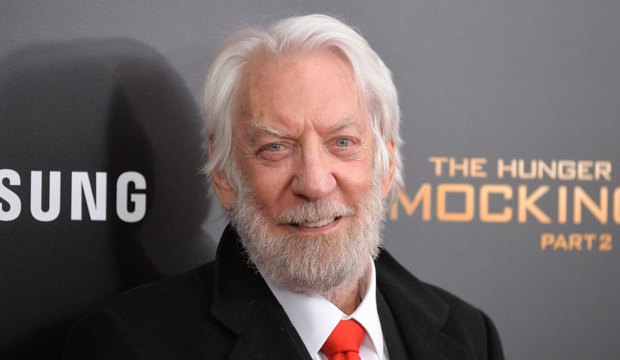 Donald Sutherland is the award-winning thespian who has starred in dozens of titles throughout his career, showing no signs of slowing down with older age. Let’s take a look back at 16 of his greatest films, ranked worst to best.

Despite decades of acclaimed work, the Canadian-born star has yet to earn an Oscar nomination, though he did receive an honorary statuette for his body of work in 2017. The Golden Globes recognized him with nominations for “M*A*S*H” (Best Comedy Actor in 1970), “Ordinary People” (Best Drama Actor in 1980) and “Without Limits” (Best Supporting Actor in 1998), so it certainly wasn’t for lack of good options. Additionally, he reaped a joint BAFTA bid in 1973 for his performances in “Don’t Look Now” and “Steelyard Blues.” Since Sutherland continues to land juicy roles to this day, perhaps his overdue Oscar narrative could pay off sooner than we think.

On the TV side, Sutherland won an Emmy and a Golden Globe for his supporting performance in the TV Movie “Citizen X” (1996). He earned an additional Globe as Best TV Supporting Actor for “Path to War” (2002), competing again for “Commander in Chief” (2005) and “Dirty Sexy Money” (2007) in supporting and “Human Trafficking” (2005) in lead. “Human Trafficking” brought him another Emmy bid as Best Movie/Mini Actor.

Tour our photo gallery of Sutherland’s best movies, including some of the titles listed above, as well as “Klute,” “Invasion of the Body Snatchers,” “JFK,” “The Hunger Games” franchise and more.