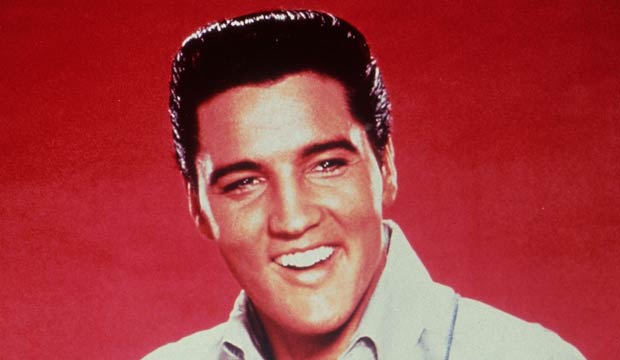 A couple of days ago I presented my editor with the brilliant idea of ranking Elvis Presley‘s songs to honor his birthday on January 8. Being a Mississippi girl, and having spent almost 30 years of that time living in the town of his birth, I am aware of his huge catalogue of hits, but picking just 25 out of such a variety proved to be more challenging than I anticipated. It has also been a reminder of the enormous impact that this boy from a small town made across three entertainment mediums and across several genres of music.

Born January 8, 1935, in Tupelo, MS, Presley spent his first 13 years there, with his interest in music sparking from a guitar gifted to him, church hymns and local hillbilly singer Mississippi Slim. After the family moved to Memphis, TN, in 1948, Presley was surrounded by many different styles of music, including country, hillbilly, gospel and blues, and was strongly influenced by African-American musicians. Although he never received any formal training, Presley knew what he liked and was able to play by ear, and incorporate all these different styles into one sound. In 1954, an impromptu recording of “That’s All Right” caused a sensation, and Presley’s career skyrocketed soon after.

Over 23 years passed from the time “That’s All Right” hit the airwaves to the last time Presley performed live, finishing his last concert in June of 1977 with “Can’t Help Falling in Love” He tragically died on August 16, 1977. It’s amazing to realize how much he packed into a relatively short career. In 1956, he had his first major hit with “Heartbreak Hotel” and caused controversy with a performance of “Hound Dog” on “The Milton Berle Show,” with his gyrating hips leading many adults to believe that rock and roll music would be the downfall of mankind. Despite the objections to his style, Presley became a national sensational and a strong influencer in the genre that would soon take over the music industry.

Over the next 20 years, Presley would not only have Number One singles on the Pop charts, but he also had crossover hits on the Country, R&B and Adult Contemporary charts, even achieving the rare accomplishment of having a gospel song land on the Hot 100. His music can perhaps be divided into three different phases: early rock and roll, post-Army and the comeback years. Between the success of “Heartbreak Hotel” and his first movie in 1956 and his Army deployment in 1958, Presley had a string of number one records as well as four commercially successful films, including “Jailhouse Rock” and “Love Me Tender.” Following his return from the Army in 1960, Presley’s style matured a bit, and he found success with ballads and softer rock tunes, such as “Are You Lonely Tonight?” and “It’s Now or Never.” He also made 27 of his 31 films between 1960 and 1969. Whereas there were a few successful singles during this time, many feel that the formulaic films hurt his music, but Presley found his way back, this time on television.

In 1968, Presley returned to the small screen in a televised concert for a special called “Elvis,” now known as the “’68 Comeback Special.” For his first live performance in seven years, Presley participated in two intimate sit-down concerts and two stand-up concerts that were edited together, and it was clear that Presley was back to doing what he loved best. Clad in black leather, Presley pounded out several hits old and new, as well covers such as Jimmy Reed‘s “Baby What You Want Me to Do,” which is one of his most passion-filled performances and a joy to watch. The special was a success, and for the last nine years of his life, Presley enjoyed concert tours and Las Vegas performances, as well as another successful TV special in 1973, “Aloha from Hawaii.”

With studio albums, soundtracks and live albums, Presley released about four dozen albums in his lifetime, and fans vary on who their favorite “Elvis” is. Some favor the young boy from Memphis, with greased-back hair and hips a-swiveling, who exploded onto the music scene with a new sound and a new look. Others prefer the handsome young man in his films, winning the girl over with a smirk and a catchy tune. And then there’s the older Elvis, who went from leather-clad hunk to karate-chopping “king” in outlandish jumpsuits who could belt out a spine-tingling ballad like no other. The trait that is common in all of these is likely what set Presley aside from the rest: his ability to perform a piece of music. Many talented people can sing, but only a few have the ability to perform the song and make it come alive. Despite no formal training, Presley had the gift of taking a piece of music and making it uniquely his.

With a treasure trove to pick from, I have selected for this photo gallery the 25 best songs that include his most iconic and best-selling hits as well as songs that have become lasting favorites with fans, with a variety of genres mixed in. A big thanks to my brother-in-law and Elvis fan Kevan for helping me narrow down my choices.

Jean Smart ('Hacks'): 'Comedy is painfully obvious when you are failing' [EXCLUSIVE VIDEO…

2021 Latin Grammys: Will Bad Bunny and Kali Uchis lead the way at these awards later this year?