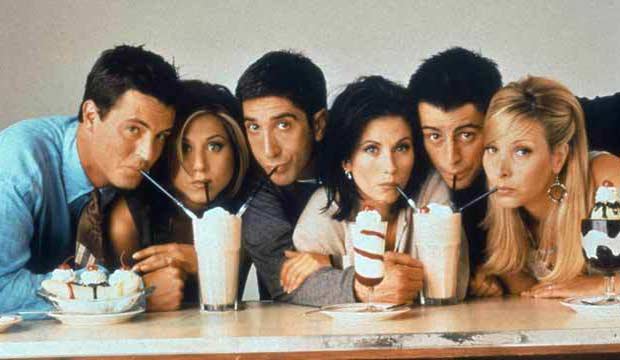 May 27 will be a throwback Thursday to Must-See TV. The long-awaited “Friends” reunion special will premiere on HBO Max, which also just so happened to have launched on that date one year ago. The special is not a new episode, so do not expect to see where Ross and Rachel are 17 years later or what happened to Joey after “Joey” was canceled (remember “Joey”?).

The reunion is just that: a reunion between the six stars — Jennifer Aniston, Courteney Cox, Lisa Kudrow, Matt LeBlanc, Matthew Perry and David Schwimmer — at their home for 10 years, the original Stage 24 soundstage (renamed the “The Friends Stage” in 2004 when the series ended), on the Warner Bros. lot, reminiscing about their iconic series with appearances from those who were part of it (Elliott Gould, Christina Pickles, Tom Selleck, James Michael Tyler, Maggie Wheeler and Reese Witherspoon) and some who were not but are presumably fans (David Beckham, Justin Bieber, BTS and Lady Gaga, among others). You definitely got the feels when that acoustic version of “I’ll Be There for You” started playing in the teaser.

“Friends: The Reunion” was originally supposed to film and premiere last year as part of HBO Max’s launch and on the heels of the 25th anniversary of the show’s September 1994 series premiere, but COVID-19 obviously threw those plans out the window. It’s just as well because the Emmy-winning sitcom remains as timeless as ever. Lots of shows become mega hits, but few can transcend generations and endure like this.

“Friends” — which won the Best Comedy Series Emmy in 2002, and lead and supporting statuettes for Aniston (2002) and Kudrow (1998), respectively — is just endlessly rewatchable. And whether it is or isn’t your day, your week, your month or even your year, Ross, Rachel, Monica, Chandler, Joey and Phoebe will always be there for you — for us. They were for 10 years and 236 episodes, and many of these highly quotable installments are instant classics. Say “paste pants” or “the meaning of the box is three-fold,” and any “Friends” fan worth their salt will immediately tell you which episodes those are from.

So in honor of “The One Where They Get Back Together,” tour our gallery of the series’ top 25 greatest episodes. It wasn’t easily narrowing it down, but if you ask could these episodes be any better, the answer is no. So grab some coffee from Central Perk, curl up on the nearest orange couch and check out our photo gallery above.