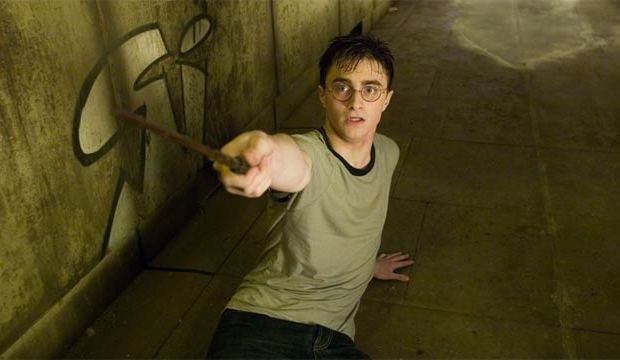 “Harry Potter” tells the story of the title young wizard (Daniel Radcliffe) who was orphaned as a baby when his parents were killed by the evil Lord Voldemort (Ralph Fiennes). He grows up with a neglectful aunt and uncle but eventually finds his calling when he enrolls in Hogwarts School of Witchcraft and Wizardry. There he becomes friends with Hermione Granger (Emma Watson) and Ron Weasley (Rupert Grint) while fighting off magical threats and the return of Voldemort.

The first two “Potter” films were directed by Chris Columbus (“Sorcerer’s Stone” and “Chamber of Secrets”). Then future Oscar-winner Alfonso Cuaron took a turn (“Prisoner of Azkaban”), as did Mike Newell (“Goblet of Fire”). But the four final films were all helmed by the same filmmaker: David Yates, who also took the reins of the 2016 prequel “Fantastic Beasts and Where to Find Them.”

The eight “Potter” films earned a total of 12 nominations in craft, technical and music categories, but it didn’t win any of them, and it was never nominated for writing, directing, acting or Best Picture despite widespread acclaim and box office success. Which “Potter” film do you think was the best?

'The Batman' will be available on HBO Max this month

Daniel Radcliffe to Chris Columbus: Not so fast on that next Harry Potter

'The Batman' cast spotlight: How have none of these actors been nominated for Oscars?

How did 'The Batman' opening box office compare to previous Caped Crusader movies?

'Batman' movies ranked worst to best: How does Robert Pattinson's 'The Batman'…