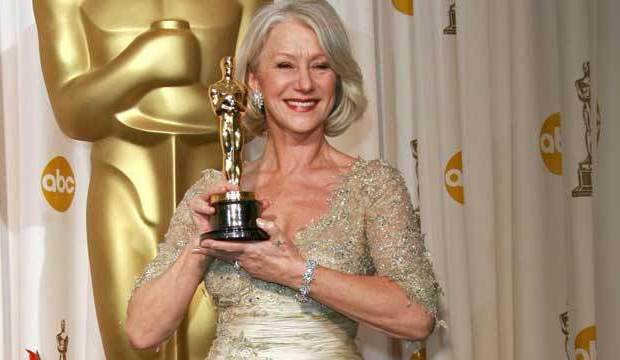 It’s not uncommon for a prominent British actor to be labeled British acting royalty. All types, from Laurence Olivier to Maggie Smith, have worn the label but nobody perhaps has literally worn that title recently to the extent as Helen Mirren. She has had a long varied career and has earned her place as one of the holders of acting’s triple crowns (winners of the Oscar, Emmy and Tony) by playing a variety of British monarchs.

Her Oscar came for playing the British Queen Elizabeth II in “The Queen,” which dealt with her reaction to the unexpected death of Princess Diana. She would revisit the role nine years later for a Tony on Broadway in the play “The Audience,” which dealt with Elizabeth’s relationships with the various prime ministers who have served under her. It was a different Queen, Elizabeth I, that would bring Mirren one of her four Emmys, when she starred in the TV limited series “Elizabeth I,” which interestingly was released the same year as “The Queen.”

It is hard to summarize Mirren’s career since she has taken on all sorts of characters, including period pieces (“Gosford Park”), action (“Red”), biopics (“Trumbo,” “Hitchcock”) and more. Like most British performers of her generation she started her career on the stage performing classics with the Royal Shakespeare Company. She then continued to perform in all mediums for many years but it wasn’t until the 90s that she became a household name in the United States. That was largely due to her work on the detective series “Prime Suspect,” which earned her four Emmy nominations and multiple BAFTA awards. Mirren’s career has continued to thrive in both her native country and the United States ever since. She splits her time in between the two countries with her husband director Taylor Hackford (“An Officer and a Gentleman”) whom she met when he directed her in the film “White Nights.”

Tour our photo gallery ranking 12 of her greatest films from worst to best.