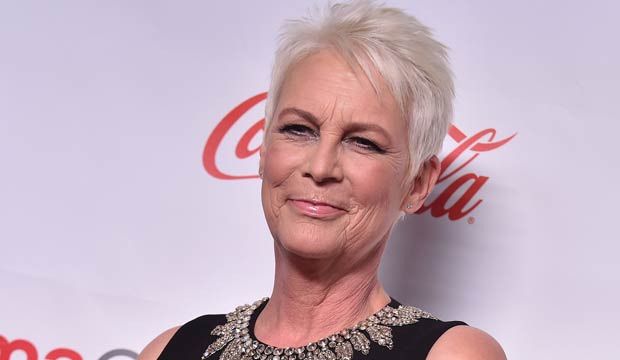 She gained fame as a “scream queen” over 40 years ago, but in the four decades since has proven her versatility in a range of genres. Award-winning activist, author and daughter of two film icons, Jamie Lee Curtis has built an impressive resume over several mediums. And 2022 was an especially wonderful year for her with an acclaimed performance in “Everything Everywhere All at Once.”

Curtis was born in Santa Monica on November 22, 1958 to actors Tony Curtis and Janet Leigh. After finishing school, she briefly pursued an education in law, but decided to follow in her parents’ footsteps instead. In 1977, she was given a small role in an episode of “Quincy M.E.,” followed by several more small parts and a role in the short-lived “Operation Petticoat,” based on the film which had starred her father. Then she received a part in a low-budget horror film that would change her life forever.

In 1978, Curtis made her movie debut in John Carpenter‘s now-iconic “Halloween,” and the enormous success of this film locked Curtis into the “lone survivor” role. In 1980 alone, she made three more horror films, including “The Fog” for Carpenter. However, her career would have a dramatic change again with her casting in another film that would become a classic, this one in the comedy genre.

“Trading Places” (1981) allowed Curtis to display her comedic talents as well her sensuality, veering her away from the horror queen “good girl” roles and earning her a BAFTA. After receiving great acclaim for that role, as well as for the 1988 comedy “A Fish Called Wanda” (for which she received her first Golden Globe nomination), Curtis was able to branch out and has appeared in a wide variety of movies, including drama, mystery and comedy. In 1995, she won a Golden Globe for her performance in “True Lies.” In addition, she has found equal success on television, starring on the sitcom “Anything But Love” from 1989 to 1992 (for which she won a Golden Globe in 1990) and on the satirical horror comedy “Scream Queens” from 2015 to 2016, as well having small roles on “NCIS” and “New Girl.” She has starred in numerous TV movies including “Death of a Centerfold: The Dorothy Stratten Story” in 1981 and “Nicholas’ Gift” in 1998, for which she received a Primetime Emmy nomination.

Curtis is not only a busy actress, but has also written several children’s books and is a blogger for “The Huffington Post.” She is a political activist, often advocating for human rights. She has been involved in several philanthropic projects, including helping to finance the rebuilding of the “Great Synagogue” in Budapest, Hungary, in 1990 alongside her father.

In 1984, Curtis saw a picture of Christopher Guest from the movie “This Is Spinal Tap” and told her friend that she would one day marry him – which she did five months later on December 18, 1984, leading to a rarity in Hollywood: a long happy marriage. They have two adopted children, Annie (born in 1986) and Thomas (born in 1996). She became a baroness when Guest inherited his father’s title in 1996, but she does not use the title. In 1999, she became sober following an addiction to painkillers that started after a routine cosmetic surgical procedure a few years before. She and her son are fans of “World of Warcraft,” and she has attended Comic-Con in costume.

Over four decades in, Curtis doesn’t appear to be slowing down any time soon as she has many projects in the works. Tour our photo gallery featuring her 16 best movies, ranked worst to best.