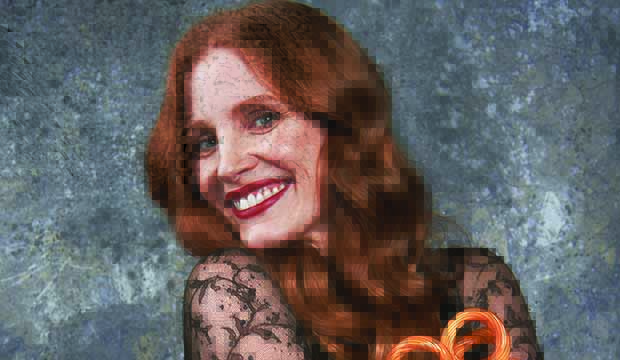 In 2011, it might have seemed like Jessica Chastain emerged out of nowhere as a formidable actress, when she appeared in no less than five movies — including Best Picture nominees “The Help” and “The Tree of Life” — and scored her first-ever Oscar nomination. But Chastain worked for years to get to that point, acting in plays from a young age and attending the prestigious Juilliard School. “I struggled for so long to try to create a career,” she told the New York Times in 2017.

In the decade since her breakout year, Chastain has received acclaim for a variety of different roles — from her Oscar-nominated lead part in “Zero Dark Thirty” to her lauded supporting work in “A Most Violent Year” to even a superhero franchise with “X-Men: Dark Phoenix.” She’s worked alongside top filmmakers like Terrence Malick, Kathryn Bigelow, J.C. Chandor, Aaron Sorkin, Christopher Nolan and Ridley Scott.

But Chastain has done anything but rest on her laurels. In 2021, she appeared alongside her longtime friend Oscar Isaac in the HBO limited series “Scenes from a Marriage” and scored some of her best-ever reviews for playing Tammy Faye Bakker in “The Eyes of Tammy Faye.” Chastain spent a decade researching the real-life televangelist and spent hours in the makeup chair to transform into Bakker. Her performance brought her the Oscar for Best Actress in March, 2022.

“This was much harder than anything else I’ve done,” she told Entertainment Weekly. “When you’re creating a character that is fiction, you can do whatever you want. The rules are basically in the script and then you add whatever ingredients you like. But with someone like Tammy … For me it was much harder because everyone knows who I am and this is a huge opportunity — they know my mannerisms, they know my voice — this is a huge opportunity for me to fail.”

Tour our gallery featuring Chastain’s 13 greatest performances so far in her career. We rank our choices from worst to best.