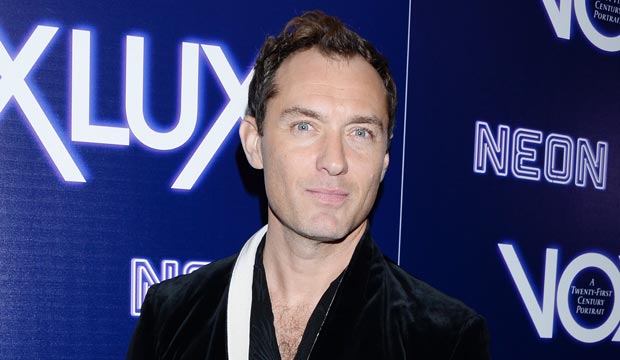 Academy Award nominated actor Jude Law has had a unique career in that he has managed to possess the looks of a leading man sex symbol but has still managed to always be regarded as a serious actor. He has fallen into the trap of just being a pretty face who plays standard action hero type roles.

Law was born in Greenwich, England to parents who were both teachers. He showed an early interest in acting and joined the prestigious National Youth Theater as a teenager. After a few appearances in small films and on stage, Law found his breakthrough role in a production of Jean Cocteau‘s play Les Parents Terribles which won him a number of Best Newcomer Awards from London critics. Such was his acclaim that when the play was remounted on Broadway (with its name changed to “Indiscretions”), Law was the only British cast member who repeated his role in the New York production. He earned a Tony nomination for this performance and also caught the eye of American directors and casting personnel who almost immediately began casting the actor in a series of strong film roles.

Law has continued to work steadily in films and theater ever since. He earned a second Tony nomination in 2010 when he played Shakespeare’s melancholy Dane, “Hamlet,” on Broadway and to date has earned two Oscar nominations (Best Actor for Cold Mountain in 2003 and Best Supporting Actor for “The Talented Mr. Ripley” in 1999.) He won the BAFTA award for that latter role.

Take a tour of our photo gallery above for his 15 greatest film performances, ranked from worst to best. In addition to the movies mentioned in this article, we also include “Closer,” “Sherlock Holmes,” “A.I. Artificial Intelligence” and more. Which one is your favorite?