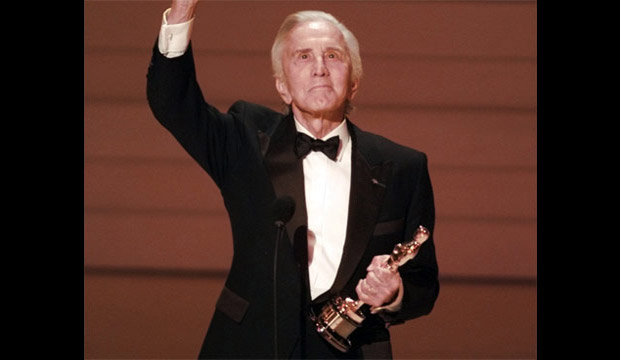 Hollywood icon Kirk Douglas died at the age of 103 in 2020. The three-time Oscar nominee defied the Hollywood black list when he gave rightful credit screenwriter Dalton Trumbo on the film “Spartacus.” That move gave new life to careers of many directors, actors and writers accused of Communist ties in the 1950s.

Over his own career and beyond, Douglas received an honorary Oscar, American Film Institute life achievement ward, Kennedy Center Honors, Cecil B. DeMille Award at the Golden Globes, Screen Actors Guild life achievement award and National Medal of Arts. Tour our photo gallery above to see how we rank his greatest 15 films an an actor.