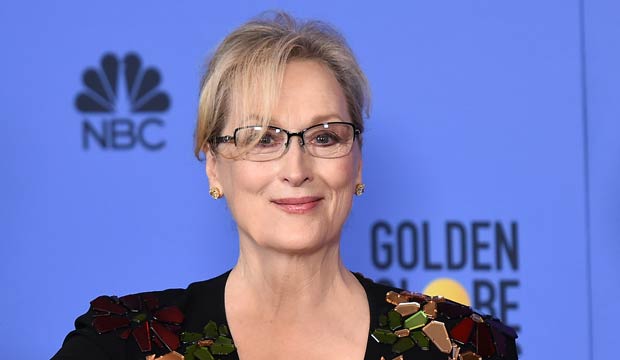 Meryl Streep’s three Academy Award wins were all for serious dramatic acting roles — as a divorcee engaged in a custody battle in 1979’s “Kramer vs. Kramer,” as a Holocaust survivor in 1982’s “Sophie’s Choice” and as British prime minister Margaret Thatcher in 2011’s “The Iron Lady.”

But her 40-plus years as a big-screen presence has been as much if not more defined by musical moments rather than her serious roles. That would include 1978’s “The Deer Hunter,” the source of her first Oscar nomination in a supporting role as a working-class gal who is torn between two hometown Vietnam vets. The use of a somber rendition of “God Bless America” was a source of controversy at the end of the film. But it made sense that Streep, who made her 1977 Broadway debut performing “Surabaya Johnny” in “Happy End” and who had studied opera at one point at age 12, would kick off the sing-along to the patriotic anthem.

Singing for her Hollywood supper has always been a part of Streep’s professional DNA. This Vassar drama grad almost majored in music. But she couldn’t quite handle the math required for Music Theory 101.

Oscar’s favorite actress, who turns 72 next year, will cap 2020 on a high note as part of an ensemble cast of the musical comedy film “The Prom,” which is based on the 2018 Broadway show and is directed by Ryan Murphy. Streep and James Corden are stage stars whose latest Great White Way show is a notorious bomb. To revive their careers, they decide to support a female Indiana high-school student who is banned from taking her girlfriend to their prom. “The Prom” lands on Netflix on December 11.

As a warm-up, here are 12 other times that Streep showed her musical side movie, ranked worst to best. Tour our photo gallery featuring ‘Mamma Mia,’ ‘Florence Foster Jenkins,’ ‘Into the Woods’ and more.