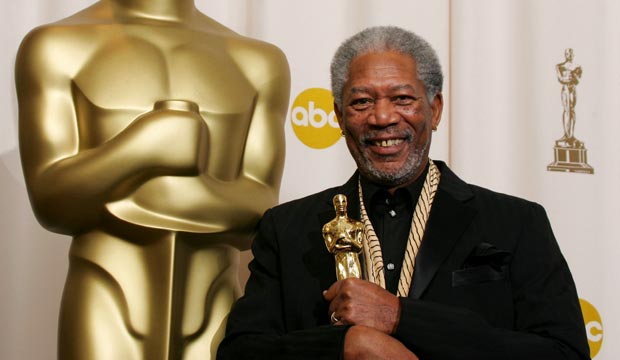 Morgan Freeman once quoted the nautical saying “long foretold, long last; short notice, soon past” to describe his acting career. He meant that it took him along time to achieve success in the acting profession but he hoped his long struggle would mean his career would last and not prove to be just a flash in the pan. His career has lasted and Freeman has had a nearly 30-year film career in major movies.

Freeman’s career started on the New York stage in the musical theater when he took over the role of Rudy the Maître d’ of the restaurant where the famous title number is performed. He was part of the groundbreaking moment when Pearl Bailey led an all-black cast into the production which had been running for years with white performers.

In the 1970s Freeman appeared for seven years and 680 episodes of the children’s television series “The Electric Company.” The show was conceived as a “Sesame Street” for older children and Freeman played a wide range of characters on it, most notably Easy Reader, who helped kids learn to read. Freeman continued to work as an actor after the show went off the air but the small roles in movies and television he secured didn’t seem to mark him as being destined for stardom.

That all changed in 1987, when at the age of 50, Freeman secured a role in a film entitled “Street Smart.” Made by Canon Films an organization that was mostly known for low quality action movies starring people like Chuck Norris and Jean-Claude Van Damme, “Street Smart” starred Christopher Reeve, who was in a career slump at the time. The movie came and went in theaters but Freeman received his first Academy Award nomintion. He then began a movie career that has included five Oscar nominations so far and a win for Best Supporting Actor (“Million Dollar Baby” in 2004). The others were for “Driving Miss Daisy” (1989), “The Shawshank Redemption” (1994) and “Invictus” (2009).

Let’s take a tour of his 15 greatest film performances, ranked from worst to best.