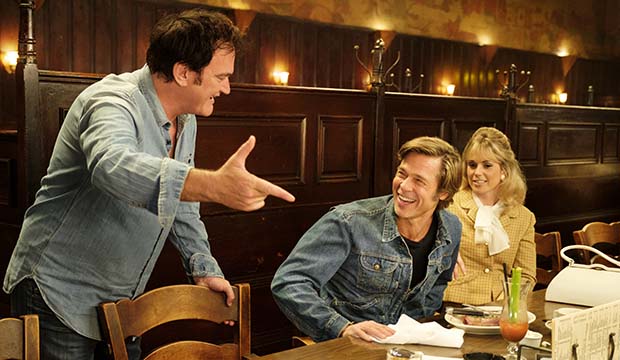 Since the birth of motion pictures, Hollywood has often glorified the god-like act of filmmaking over the years. It’s clear that Tinseltown types love to hold a mirror up to act of creating cinema. During this unusual awards season, one of the most highly anticipated contenders is “Mank,” David Fincher’s bio-drama about screenwriter Herman J. Mankiewicz’s ongoing fight with director Orson Welles over the screenplay credit for “Citizen Kane,” considered one of the greatest films ever made.

It’s been six years since Fincher’s last movie, the thriller “Gone Girl,” and his fans are psyched to witness how this visual whiz re-creates the look of ‘40s-style black and white features. It’s also a personal project, given that it is based on a screenplay by his late father Jack Fincher, who once served as the chief editor of Life magazine. As for its ensemble cast, Gary Oldman stars as Mankiewicz, Amanda Seyfried is actress Marion Davies, Charles Dance is publisher William Randolph Hearst, Arliss Howard as Louis B. Mayer and Tom Burke as Welles.

Ahead of “Mank’s” limited theatrical release in November and its streaming debut on Netflix starting December 4, indulge in these 24 influential big-screen efforts, ranked worst to best, that salute movie makers, both deliciously good geniuses and the comically awful hacks. Our photo gallery includes “Singin’ in the Rain,” “Sunset Boulevard,” “Ed Wood,” “Once Upon a Time in Hollywood,” “The Aviator,” “Boogie Nights” and more.