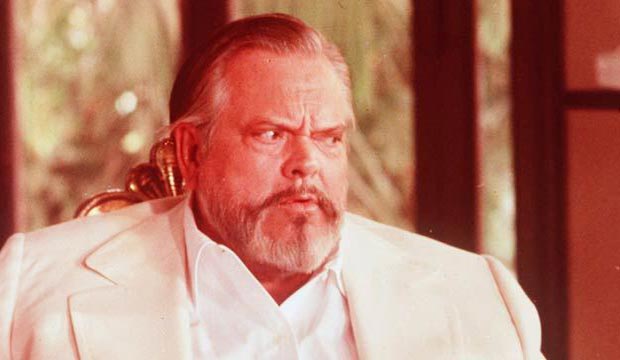 After making what many people cite as the greatest film ever made, “Citizen Kane” (1941), multi-talented actor, writer, director and producer Orson Welles struggled to live up to the success he achieved when he was just 26 years old. Yet seen today, many of the films he made afterwards have attained a similar acclaim. Let’s take a look back at all 13 of his completed feature films as a director, ranked worst to best.

Born in 1915, Welles first came to prominence as a stage director, mounting groundbreaking productions of “Macbeth,” “Dr. Faustus,” and “The Cradle Will Rock” before forming his own repertory company, The Mercury Theater. In addition to Welles, the Mercury Theater Players included Joseph Cotten, Ray Collins, Agnes Moorhead, Everett Sloane, George Coulouris, Norman Lloyd, Martin Gabel and Paul Stewart, many of whom would go onto appear in the director’s films.

It was the Mercury Theater’s transition into radio that brought them the most acclaim… and notoriety. A 1938 adaptation of H.G. Wells‘s sci-fi classic “War of the Worlds” was made to sound like a news bulletin, and many listeners thought that aliens were actually invading Earth. Once the widespread panic had settled down, Welles’s ticket to Hollywood was printed.

He arrived at RKO Studios with almost unlimited control to make “Citizen Kane” (1941), a loosely autobiographical portrait of a William Randolph Hearst-esque newspaper publisher (played by Welles himself) who rises to great heights before losing his soul. Working with cinematographer Gregg Toland, Welles pushed the envelope visually, setting the camera at odd angles and using deep focus to broaden the frame in ways never seen before. His script, co-written by Herman J. Mankiewicz, utilized a nonlinear, flashback-heavy structure that was equally daring. And he brought along his Mercury Theater performers to chew the scenery with juicy supporting roles.

The film was very nearly lost forever when Hearst tried to bury it, displeased with its unflattering portrait of him. Despite the tycoon’s best efforts, “Kane” did earn nine Oscar nominations, including Best Picture, and bids for Welles in writing, directing and acting, winning for Best Original Screenplay. It didn’t turn much of a profit, however, and the director’s reputation was further hindered when his follow-up feature, “The Magnificent Ambersons” (1942), had 40 minutes slashed from its runtime and a happy ending tacked on before failing at the box office. (It did manage to score four Oscar nominations, including Best Picture.)

Welles struggled throughout the rest of his career to achieve the same amount of creative control afforded him on his feature debut, and in several instances, his films were slashed almost beyond recognition. He kept himself afloat with acting gigs, most notably as the villainous Harry Lime in Carol Reed‘s “The Third Man” (1949), but spent most of his life in debt. He never stopped mounting ambitious productions, however, and remained active until his death in 1985.

Yet time has rendered a different verdict on Welles’s subsequent films, and many of his later efforts, most notably “Touch of Evil” (1958), have been restored to their original versions. (Unfortunately, the 40 missing minutes from “Ambersons” are thought to be lost forever.) In 2018, his long-incomplete final movie, “The Other Side of the Wind,” was finally finished and released on Netflix.

Appreciation for “Kane” has grown significantly, with the American Film Institute naming it the greatest American film of all time in 1998 and 2007. The revered “Sight and Sound” poll, conducted every 10 years, ranked it #1 on their list of international films from 1962-2012, when it was displaced by Alfred Hitchcock‘s “Vertigo” (1958). (“Kane” placed second.)