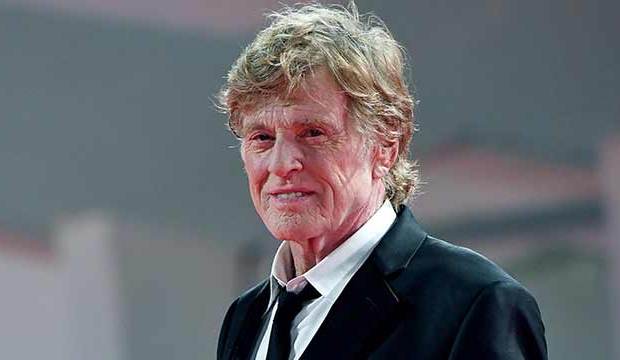 Robert Redford has had a highly successful 50-year career as an actor dating back to early appearances on television (most famously as “Death” in an episode of The Twilight Zone”), then successfully on Broadway and finally as one of the biggest movie stars of all time.

His acting career has included two outstanding films with Paul Newman, Oscar Best Picture nominee “Butch Cassidy and the Sundance Kid” and Best Picture champ “The Sting.” He has explored politics with “The Candidate” and “All the President’s Men.” And he starred in Best Picture winner “Out of Africa” with Meryl Streep among his many roles. All of these movies and more are now featured in our photo gallery of his 15 best films (view above).

In addition to his acclaimed work as an actor Redford has been a major force behind-the-scenes in the film industry with his directorial and producing efforts as well as his pioneering contributions to the Sundance Film Festival.

In fact, Redford’s greatest cinematic achievement came with a film where he doesn’t even make an appearance — “Ordinary People.” That film was Redford’s directorial debut and it brought him an Oscar as Best Director and also won awards for Best Picture, Best Screenplay, and for Best Supporting Actor, Timothy Hutton. He brought great sensitivity to this story of an affluent suburban family falling apart after the death of a son and the suicide attempt of another.

Redford was always a risk-taker and he made some daring moves with this film notably in the casting. For the role of the troubled, emotionally aloof mother in the film Redford cast America’s sweetheart Mary Tyler Moore. She was fresh off a seven-year run on the groundbreaking “The Mary Tyler Moore Show” as the lovable Mary Richards. Redford reportedly once saw Moore walking alone on the beach in Malibu and decided that he wanted to explore her darker side. He also made risky casting decisions with trusting the pivotal role of Conrad to relative newcomer Hutton and by casting Donald Sutherland (who had mostly played offbeat and odd characters) as the good natured and loving father of the film.

Redford would go on to have other success as a director with “Quiz Show” and “A River Runs Through It.” The latter also features some nice acting from him in his moving voice-over narration.

Putting aside his off-screen achievements, Gold Derby takes a look back at the best of Redford’s on-screen performances and ranks his best work as an actor. Click here to tour our gallery ranking his directorial efforts.