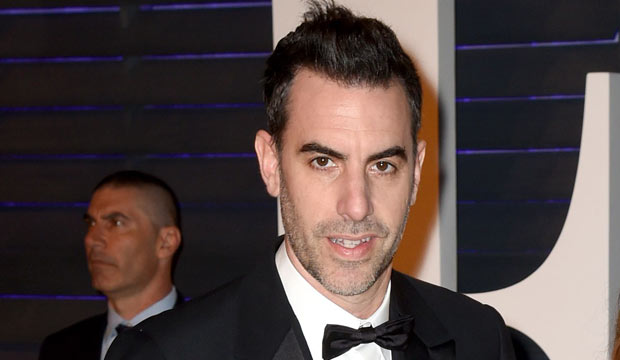 Sacha Baron Cohen is having a bit of a streaming spotlight moment right now, with two very different film projects that are both drawing attention to the English actor and expert farceur. He appears as Abbie Hoffman, the flower-power Yippie leader and social activist, in Aaron Sorkin’s “The Trial of the Chicago 7,” which details the events that led to rioting at the 1968 Democratic National Convention. It is available on Netflix and has brought him an Oscar nomination for Best Supporting Actor.

The other is the now-notorious sequel “Borat Subsequent Moviefilm,” which can be found on Amazon Prime Video. He reprises his guise as Borat Sagdiyev, a Kazakhstani news reporter who found fame and a prison sentence in his homeland for the past 14 years since his first mock-doc. Right now, the notorious randy antics of a gullible Rudy Giuliani are overshadowing Baron Cohen’s return to a U.S. that is under the divisive reign of Donald Trump while in the midst of a coronavirus pandemic. He has once again received a screenplay nomination at the Oscars.

This prankster is best known for tricking notable individuals into revealing their true and often embarrassing natures with his two TV series, “Da Ali G Show” that ran on HBO as well as Showtime’s “Who is America?” As The Observer newspaper has rightly said of this mad genius, “His career has been built on winding people up, while keeping a deadpan face.”

However, Baron Cohen also has shown legit acting chops in a number of big-screen vehicles, including an ability to carry a tune. Here are his best 12 films in our photo gallery, ranked worst to best, including “Hugo,” “Sweeney Todd: The Demon Barber of Fleet Street” and “Les Miserables.”