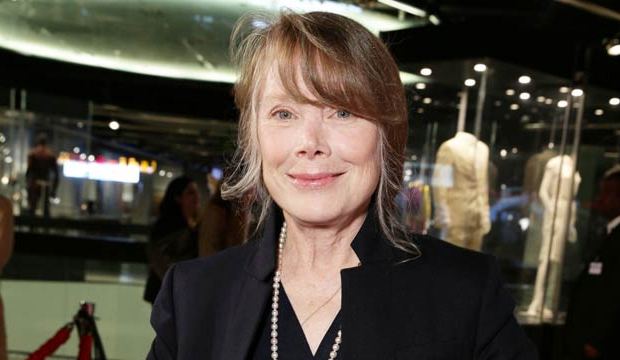 Sissy Spacek has been one of America’s top actresses for almost 50 years. Throughout her career she has received six Oscar nominations for Best Actress, seven Golden Globe bids and three Emmy nominations. The New York Film Critics Circle has been so enamored of her work that they have recognized her four times, placing her second behind only Meryl Streep as the organization’s most acclaimed actresses.

Stephen King‘s first novel “Carrie” first brought Spacek international stardom after she initially gained attention in the movie “Badlands.” Spacek has told the story of how she volunteered to do “Carrie” for director Brian De Palma as a favor. Spacek was in demand after her reception in “Badlands,” but after De Palma hired Spacek’s boyfriend and future husband Jack Fisk as the art director for “Carrie,” Spacek read the script, liked it and offered De Palma her services.

The success of “Carrie” almost derailed Spacek’s career though since she became so identified with the character. She turned down many offers for other horror films in the next few years before she scored another key role and an Oscar win in “Coal Miner’s Daughter.”

Her career has continued to flourish ever since. Let’s take a look back at her film career. Tour our photo gallery above of Spacek’s 15 greatest movie performances, ranked from worst to best.