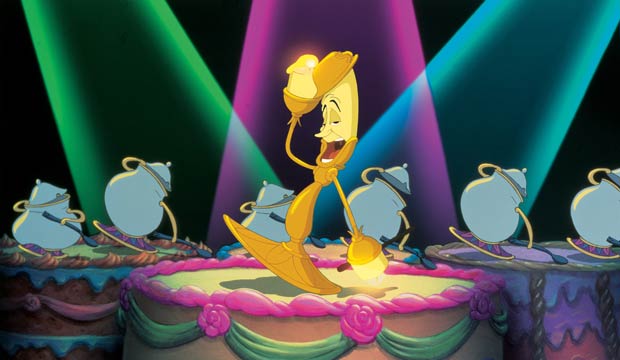 “Alfie.” “9 to 5.” “The Power of Love.” “You’ve Got a Friend in Me.” I’m sure at least one of these classic songs brings back memories of a favorite film, and the tune is probably playing repeat in your head now. It’s not surprising that all of these songs were nominated for the Academy Award for Best Original Song. What is surprising is that they all lost. So which ones are best “losers?”

The Best Song category at the Academy Awards has a long and varied history. Introduced at the seventh ceremony, initially any song in a film, original or not, was considered; however, this rule was changed after 1941, when composer Jerome Kern was upset because his winning song, “The Last Time I Saw Paris,” had previously been recorded, and he felt a song written for a film should have won. Since then, only songs written specifically for a movie are allowed; therefore, songs from stage musicals as well as remixes of previous works are ineligible. Until 1945, an unlimited number of songs could be nominated, but the eligibility rules changed, and since then only two to five songs have been nominated each year. The quality of original songs for film has fluctuated greatly over the years, with 14 songs nominated in 1945, and only two in 2011.

Although there have been years in which it was slim pickings in this category, many years there have been several songs which have gone on to become classics, and are still widely loved and remembered. In 1984, “I Just Called to Say I Love You” won. Which songs did it beat? “Against All Odds,” “Footloose,” “Let’s Hear It for the Boy” and “Ghostbusters.” Although none of those songs won the trophy, they all were Number One hits, and they each have a permanent place in pop culture history.

Since 1989, beginning with “The Little Mermaid,” Disney (and later, Disney/Pixar) films have largely dominated this category, with multiple nominations several times, meaning songwriters for Disney films often lose to themselves. In 1991, “Beauty and the Beast” became the first song to receive three nominations, with the title song winning; however, “Be Our Guest” is equally memorable. Only three other films – “The Lion King,” “Dreamgirls” and “Enchanted” – garnered three nominations before 2008, when a new rule was established that prohibited more than two songs from a film to be nominated.

Disney might be the studio with the most songs on this list, but Diane Warren is the most represented songwriter. This year, Warren has received her 12th Oscar nomination, and thus far, has yet to win. Considering her volume of work for film and the artists she has worked with and to whom she has provided chart-topping hits, she is due for a win. She makes the list with three of her most memorable compositions: “Because You Loved Me,” “I Don’t Want to Miss a Thing” and “Til It Happens to You.”

In the almost nine decades since the Best Song category was established, some of America’s most prolific songwriters have been honored, and some popular tunes that are still familiar many years later (even though the movie itself have been forgotten) have received nominations. Sometimes the Academy does indeed get it right. But sometimes it picks a largely forgettable song over a one-of-a-kind original like “Rainbow Connection,” leaving critics and audiences scratching their heads. In a really great year, film audiences are provided with numerous unforgettable tunes that go on to become classics. From James Bond themes to Disney tunes to rock ballads to 80-year-old big band hits, here are some of the greatest songs from film that won our hearts, but lost the Oscar.

We’re not saying each of these songs should have beaten the actual winners (in some cases, though, they have really strong cases). Many of them just had very unfortunate luck to be eligible in a year with a more dominant song. Tour our gallery featuring tunes from “Beauty and the Beast,” “The Lion King,” “9 to 5,” “The Muppet Movie,” “Ghostbusters” and more.