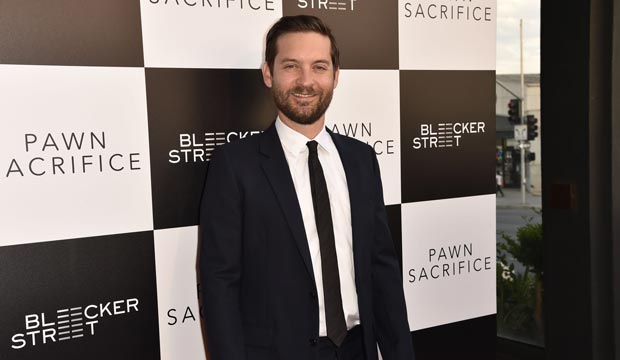 Tobey Maguire is best known to audiences around the world as Peter Parker/Spider-Man in the first three adaptations of the comic-book hero’s adventures, but he has had a wide range of acting roles from intense dramas to comedies to even a Western. One of Maguire’s great advantages in getting started was the fact that, from his early days as a child actor, Maguire had a boyish look that allowed him to be cast as characters who were much younger than his own chronological age.

After his breakthrough role in 1997’s “The Ice Storm,” Maguire’s solid work soon came to the attention of Hollywood’s awards groups, and Maguire was honored at the Golden Globes with a Best Actor nomination for 2009’s “Brothers.” In addition, he also received two ensemble nominations from the Screen Actors Guild for his work in the films “The Cider House Rules” and 2003’s “Seabiscuit.” In recent years, Maguire has transitioned from acting to producing, having produced such films as 2011’s “Country Strong,” 2012’s “Rock of Ages” and the upcoming comedy “Brittany Runs a Marathon.”

Our photo gallery ranks his 13 greatest screen performances from worst to best, including these movies plus “Wonder Boys,” “Pleasantville,” ‘Babylon” and more.