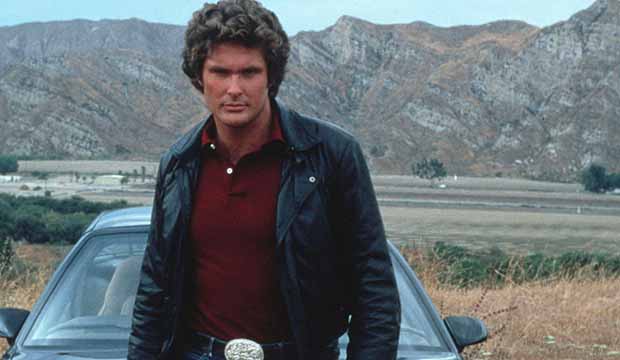 It seems there’s a “day” for every little thing, and October 2 is National Name Your Car Day. I have not named my car, and in fact consider it a rather ridiculous concept – my fondness for my practical SUV is rooted mainly in its ability to get me from Point A to Point B. But this holiday did make me think back to some memorable cars from some favorite TV shows.

What makes a memorable vehicle from a television program? Just hearing the name of some shows will instantly conjure up a picture of its famous vehicle, which is so indelibly ingrained in the legacy of the program that the car is just as much a star as the human actors. (KITT of “The Knight Rider” would be very offended if you aren’t thinking of him). There are also some vehicles that are part of a character’s persona – from a cool ’50s greaser (“Happy Days”) to a rumpled detective (“Columbo”) to a salvage yard king (“Sanford and Son”). Then there’s those special cars with all the gadgets that at one time seemed futuristic but now seem cheesy. How they bring back so many childhood memories of sitting in front of the tube, fascinated with technology like car phones, radar detection, customized machine guns, smoke screens, and the ability to do a supercool turnabout! And lastly, there are one-of-kind customized vehicles made specifically for unique characters, like a monster family (“The Munsters”) or a poor mountaineer who could barely keep his family fed until up from the ground came a bubblin’ crude (“The Beverly Hillbillies”).

I hope you have as much fun on this little trip down memory lane as I did. We included vehicles other than just cars, but they are all land vehicles – no “Fantasy Island” airplanes or “Airwolf” helicopters or “Love Boats.” Not only was it fun remembering where they came from, it was interesting to learn where some have ended up. It almost makes me want to name my car. Almost.

Take our ranked photo gallery tour of the 25 best TV cars, trucks, motorcycles and other vehicles. In addition to the shows listed above, we also include “Batman,” “The Dukes of Hazzard,” “Starsky and Hutch,” “Magnum, P.I.,” “Arrested Development” and “The Rockford Files” among many others.