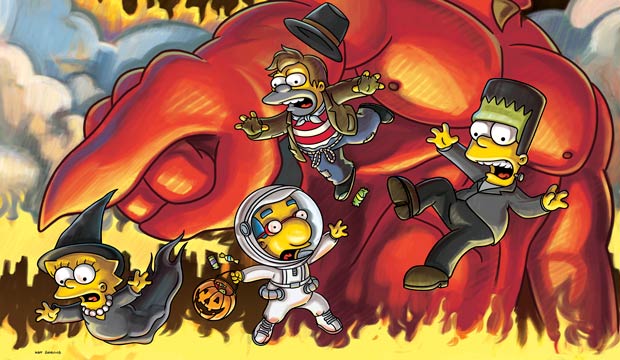 It’s that time of year again for tricks, treats and spooks. Halloween is such a fun time when we can all be kids again and get into the spirit of make-believe, and many TV shows over the years have partaken in that fun.

Several programs have given us an annual Halloween episode to look forward to, with “Superstore” and “Black-ish” offering some of the most creative costumes and “Brooklyn Nine-Nine,” “Roseanne” and “Home Improvement” coming up with hysterical pranks. Surprisingly, supernatural shows like “Buffy the Vampire Slayer” and “Charmed” have only one or two Halloween-themed episodes, but as creepy storylines are their specialties, they are some of the best. It’s also fun to go way back, and visit “The Addams Family” or “Bewitched” to see what tricks kooky and spooky families and witches got up to years ago.

Most of these episodes are available on at least one streaming site, so get ready for a day or two of bingeing Halloween fun. From silly pranks to cool costumes to creepy haunted houses, we’ve got you covered for the most memorable Halloween episodes of all time. All episodes premiered on or around Halloween, and as usual, we are only ranking one episode per show (sorry to “The Simpsons” fans we can’t include them all). However, some had several good Halloween episodes, so I included a runner-up on a few of the captions. We are also only including Primetime TV shows and not specials, so “It’s the Great Pumpkin, Charlie Brown” isn’t on here – but we all know that’s the greatest anyway, right?