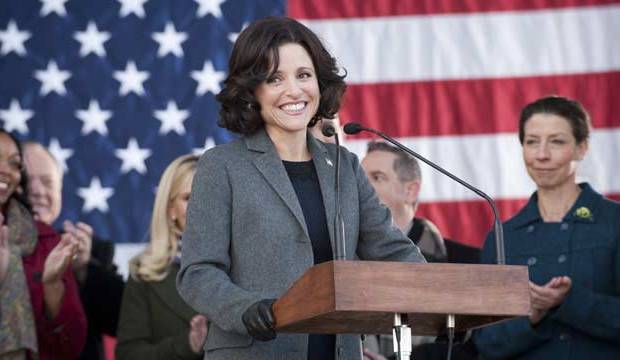 Another election year has rolled around, and it’s time again to muck our way through mudslinging to hopefully choose the right candidate to represent our views and our needs.

Throughout history, in our own country as well as the rest of the year, there have been great leaders who have left a mark and are remembered for accomplishments that helped their society to progress. However, there are also leaders who, in an effort to reach their own power-hungry goals, left their people to fend for themselves, often leaving a trail of destruction in their wake. On television, we have seen both types of government heads: President Bartlet (Martin Sheen, “The West Wing”), Lieutenant Governor DuBois (Robert Guillaume, “Benson”), Secretary of State (later President) McCord (Tea Leoni, “Madam Secretary”), all of whom are flawed, but are trusted public servants with the best interest of the people at heart. Then there’s President Grant (Tony Goldwyn, “Scandal”), VP then POTUS Meyer (Julia Louis-Dreyfus, “Veep”), Mayor Quimby (Dan Castellaneta, “The Simpsons”), Claire Underwood (Robin Wright, “House of Cards”) and State Senator Davis (Isaiah Whitlock Jr., “The Wire”) who pursue their own personal wants and needs without regard to the law, or thought to the damage it may do to the people they serve.

Sometimes their ineptitude and bumbling make us laugh, sometimes their realistic corruption shocks us and sometimes we gain a little insight into a real life politician. Selfless or selfish, realistic or satire, some of television’s most memorable characters have been politicians. Tour our photo gallery ranking the 20 best and most unforgettable. Keep in mind that we could only select one per series when making our choices.