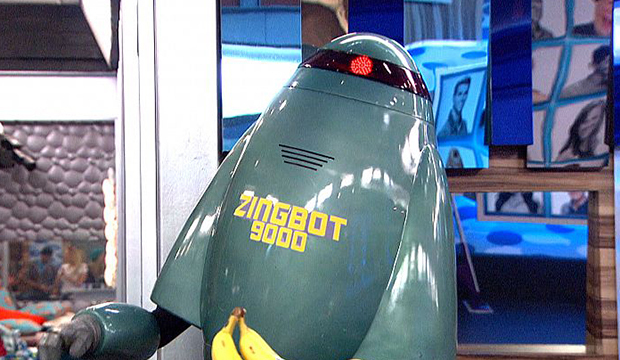 Even though “Big Brother’s” motto is to “expect the unexpected,” there are a few constants every fan cannot wait to see each season. A ruthless backdoor, a crumbling alliance, a come-from-behind Veto win … and of course Zingbot. The robot’s zings have been making us and the houseguests laugh, cringe and cry since he first appeared in Season 12. Zingbot is not exactly known for his finesse, but that is why we love him. When Zingbot appears you know some smack-talking is about to go down in the “BB” house. Over the years Zingbot has gotten married, had a baby, got a divorce, run for president and become an international wanted criminal. Scroll through our gallery of Zingbot’s Top 21 meanest (and funniest) zings of all time, ranked worst to best.