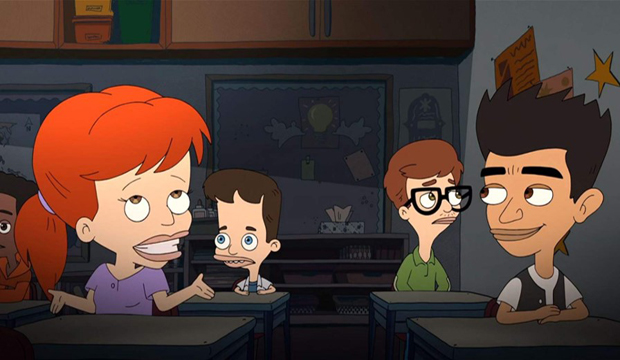 All right my dudes and lady dudes, stop quoting Guy Bilzerian’s law commercials because “Big Mouth” has now returned for its third season! To celebrate this great occasion, along with Netflix’s decision to renew the show through season six, we’re taking a look back at the show’s greatest episodes from the first two seasons and ranking all 21 of them from worst to best.

The show centers on a group of pre-teens who are being clobbered on all sides by puberty on both a physical level and an emotional one. The two main characters are Nick Birch (Nick Kroll) and Andrew Glouberman (John Mulaney), who are best friends but at different stages of puberty. It’s not kicking in for Nick, who still hasn’t even had a growth spurt, while it’s hit Andrew like a freight train. The effects of this include an early mustache and his own hormone monster, Maury (also Kroll), who personifies all the urges he’s now experiencing. Rounding out the main cast of characters are Jessi (Jessi Klein), a smart girl with a difficult home life; Jay (Jason Mantzoukas), who is fierce and obsessed with magic and sex; Missy (Jenny Slate), a nerdy and understanding girl; Connie (Maya Rudolph), a hormone monstress who helps lead the girls through puberty; Coach Steve (also Kroll), the school’s naïve and child-like gym teacher and the Ghost of Duke Ellington (Jordan Peele). Other recurring voices on the show include Fred Armisen, Richard Kind, Paula Pell, Andrew Rannells, June Diane Raphael, Jak Knight, Neil Casey, Seth Morris, Jessica Chaffin, Kat Dennings and Jon Daly.

A lot of “Big Mouth” is rooted in friendship. Kroll and co-creator, Andrew Goldberg, had been best friends since middle school. Goldberg approached Kroll, along with Mark Levin and Jennifer Flackett, with the idea of doing an animated show about kids going through adolescence. Kroll and Goldberg ended up taking several story lines from real life situations including one of their friends getting her first period while on a field trip to the Statue of Liberty, Nick’s first kiss in which he rammed his tongue into a girl’s mouth and Andrew’s parents waxing off his mustache.

The program premiered to universal acclaim, scoring 100% on Rotten Tomatoes. Ben Travers at IndieWire said, “Acknowledging the mess makes life easier, and ‘Big Mouth’ acknowledges every disgusting, beautiful part.” Inkoo Kang of “The Hollywood Reporter” called the show “sweet, progressive and breathtakingly filthy.” She elaborated that the show would bring “relief that most viewers have passed that age when each new day brings with it a different way for the soul to shrivel.”

The Emmys have been kind to the show as well. The first season netted a nomination for composer Mark Rivers in Best Music & Lyrics in 2018 for the original song, “Totally Gay.” The second season saw the program break into the Best Animated Program category for “The Planned Parenthood Show,” though they would lose that one to “The Simpsons.”

Can you guess which episode is #1 in our photo gallery above? Here are some of the ones near the top: “My Furry Valentine,” “The Head Push,” “The Department of Puberty” and “What is it About Boobs?”