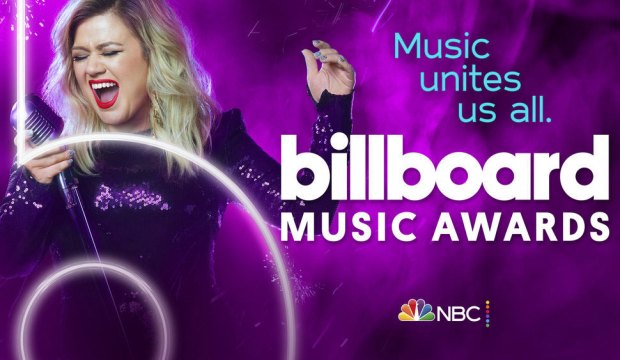 The 2020 Billboard Music Awards will finally be held on Wednesday night, October 14, after being postponed for several months. They were delayed from the spring due to the COVID-19 pandemic, but the show is going on with Kelly Clarkson returning as host. So who will perform at the event? Scroll down for the complete list, updating as additional artists are announced.

Post Malone is among the performers, and he might be among the biggest winners too. He goes into the ceremony with 16 nominations, more than any other artist. He’s up for Top Artist and Top Billboard 200 Album (“Hollywood’s Bleeding“), among his many bids. He’s followed by Lil Nas X with 13 bids, and Billie Eilish and Khalid with 12 nominations apiece.

Garth Brooks is also taking the stage. The country superstar is being honored with the Icon Award after a storied career that has included well over a dozen BBMAs, and he’ll be performing to celebrate that honor. He follows in the footsteps of past Icon Award champs like Stevie Wonder (2012), Celine Dion (2016), Janet Jackson (2018) and Mariah Carey (2019).

These awards don’t judge artists based on quality, per se, but on their commercial success. Winners are determined by the same metrics that decide the weekly Billboard charts, including record sales, online streams, radio airplay, touring and social engagement. Three categories, however, are decided by the public: Top Social Artist, Top Collaboration and the Chart Achievement Award.

Though these awards were delayed from the spring, their eligibility period remained the same, so these awards recognize chart achievements from March 23, 2019 to March 14, 2020, which means the awards include some of last year’s most dominant hits like Lil Nas X’s “Old Town Road,” Eilish’s “Bad Guy” and Lizzo‘s “Truth Hurts.” Who would you like to see honored, and who are you most excited to see taking the stage?