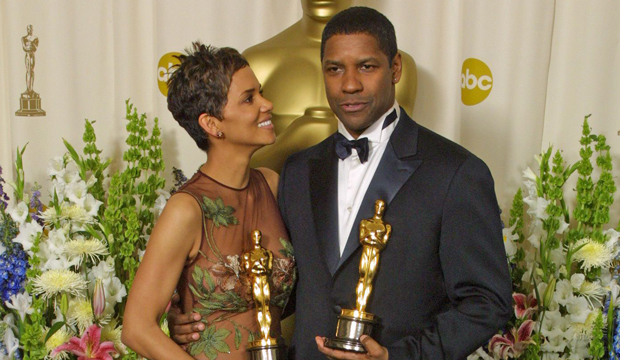 Since the Academy Awards were first handed out in 1929, only 22 Oscars have been awarded to performances given by Black actresses and actors. Hattie McDaniel made history for Black performers by winning for “Gone With the Wind” (supporting in 1939), while Sidney Poitier was the first such male actor to prevail for “Lilies of the Field” (lead in 1963). Denzel Washington became the first two-time Black acting champion when he claimed victory for “Glory” (supporting in 1989) and “Training Day” (lead in 2001), with Mahershala Ali joining him years later for “Moonlight” (supporting in 2016) and “Green Book” (supporting in 2018). Halle Berry was the first, and so far only, Black Best Actress thanks to “Monster’s Ball” (2001). The acting category with the most Black winners is Best Supporting Actress, with nine including recent champ Ariana DeBose for “West Side Story” (2021). Tour our photo gallery below of every Black actress and actor who won Academy Awards. Gallery and captions originally published 2020.