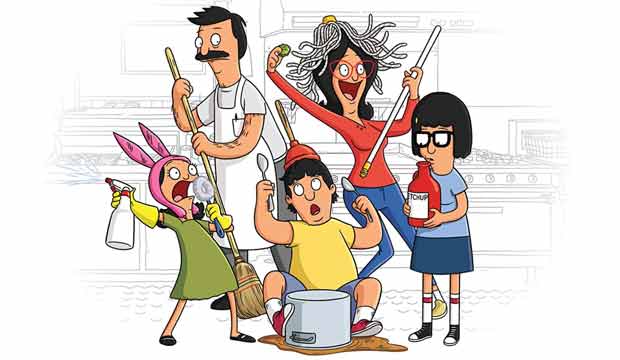 Fox’s animated sitcom, “Bob’s Burgers,” has returned for its ninth season. Loren Bouchard’s show centers on Bob Belcher (H. Jon Benjamin) who runs his burger restaurant along with his wife, Linda (John Roberts), and three children, Tina (Dan Mintz), Gene (Eugene Mirman) and Louise (Kristen Schaal). While we don’t have a special Burger of the Day to celebrate the return of this magnificent cartoon, we did put together the 40 greatest episodes of the series, ranked from worst to best. Click through our photo gallery above and see if your favorite episode made the list.

The program debuted midway through the 2010-2011 television season on January 9, 2011. Critical reaction to the show was initially all over the map, scoring 54 out of 100 on Metacritic. Robert Lloyd of “The Los Angeles Times” liked the show and wrote, “Apart from the fact that characters look funny, the comedy is primarily verbal: You could just as easily film the script with live actors.” Brian Lowery of “Variety” was much more mixed in his review, where he said, “the show too often falls on the wrong side of that ‘entertaining’/’annoying’ divide.” Matt Roush of “TV Guide” could not stand the show, writing, “This crudely mean-spirited cringe of a show isn’t even medium well-done, and here’s this customer’s tip: Avoid at all costs.”

But the show did find an audience with the first season averaging over 5 million viewers per episode. As the show has progressed, the fan base of the show has steadily built to the cultural landmark that the show has become and the show has become a favorite of many critics as well. The show has spawned a comic book series, national tours featuring the cast and creator, an album of the show’s original music and even a feature film version that’s scheduled to be released in the summer of 2020. It’s also made brilliant use of several recurring guest stars (sometimes in several roles) including Kevin Kline, Megan Mullally, Zach Galifianakis, Aziz Ansari, Billy Eichner, Jenny Slate, Bill Hader, Molly Shannon and Jordan Peele.

Emmy voters didn’t take notice of the show during its first year on the air, but they did take notice after the second season. It received its first Emmy nomination for Best Animated Program in 2012 and has been nominated every single year since then. The show has won the honor twice: in 2014 for the episode “Mazel-Tina” and in 2017 for the episode “Bob, Actually.” The show has also received two nominations in Best Character Voice-Over Performance category: Roberts in 2015 for “Eat, Spray, Linda” and Kline in 2017 for playing the eccentric landlord, Mr. Fischoeder, in “The Last Gingerbread House on the Left.”