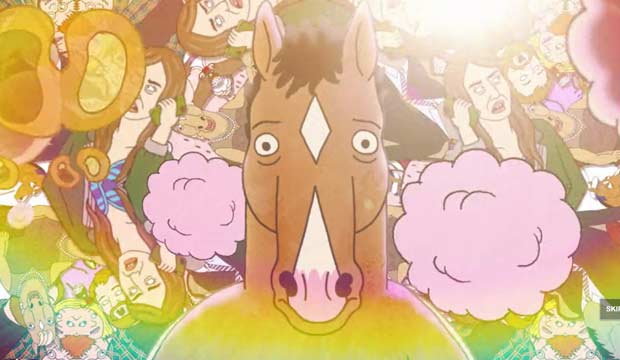 “BoJack Horseman” is a show set in a ridiculous cartoon version of Hollywood (known as Hollywoo), so it comes as no surprise that many real-life celebrities have voiced characters on the show. As the series skewers show business, it has often gotten real stars to parody themselves and the industry they work in. Which Hollywoo luminaries made our list? Let’s find out! Take a tour of our photo gallery of “BoJack Horseman’s” 20 greatest, most hilarious guest stars, ranked worst to best (including Stephen Colbert, Lin-Manuel Miranda and RuPaul Charles).

The show has pulled from a deep roster of actors and comedians to voice its characters. Creator Raphael Bob-Waksberg has cited “The Simpsons” as one of his primary influences, and “BoJack Horseman” uses its side characters in a similar way. While the focus is on the primary stars of the show, specifically BoJack and his friends, the side players flesh out the world of Hollywoo.

Much like “The Simpsons,” especially in later seasons, they are almost always played by a well-known actor, even if it’s just for a one-off joke. Harvey Fierstein voices an ovulation-tracker app, Samantha Bee is an actual bee and Paul Giamatti plays BoJack in an unflattering TV movie. All these little side character make the universe of “Bojack Horseman” feel like a real place, even if it is extremely silly most of the time.

The huge cast of characters helps make “BoJack Horseman” the hilarious and unforgettable show that it is. Check out our list of the 20 funniest and most memorable guest stars to see if your favorite celebrity cameo made the list!