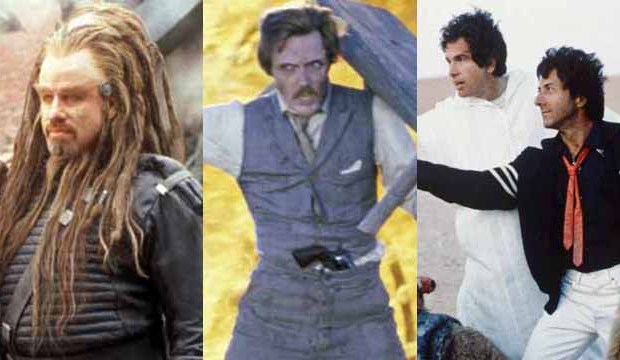 Happy Thanksgiving! Our gift to you is reminding you of which films you should be avoiding for the holiday (and the rest of the year, too!).

All films start out with the greatest of intentions, but some of them fail in massive proportions. When hit with budget over-runs, scripts rewritten by committee and other problems, they can be headed to the garbage dumps of movie history. Take a tour now through our photo gallery featuring 12 of the biggest box office bombs of all time. These turkeys might make you sick to your stomach, so which ones are among our rotten leftovers.

Travolta’s film “Battlefield Earth” is in our overall #1 position. The passion project is an adaptation of the L. Ron Hubbard novel made into a movie. Set in the year 3000, the science-fiction film is set on an Earth that has been ruled for 1,000 years by the brutal Psychlos.

While Murphy has had a career resurgence lately with “Dolemite Is My Name” and his first ever Emmy win (for “Saturday Night Live”), 2002 wasn’t so kind. His movie “The Adventures of Pluto Nash” is set at the end of the 21st century, when humans have lunar colonies and cloning is now common.