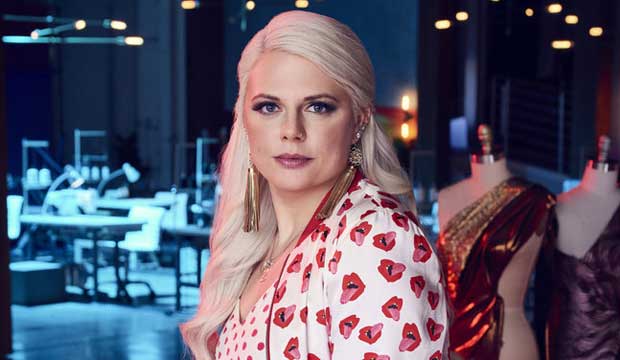 You only get one chance to make a first impression, and Brittany Allen made the most of hers on “Project Runway” season 18. She won the very first challenge of the competition, though it wasn’t exactly been smooth sailing for her after that. She had high highs and low lows, but what’s her very best design of the season? Scroll down to see how we rank all of her looks from worst to best. Do we agree with the judges’ assessments? And do you agree with ours?

The first challenge, “Blast Off,” was made all the more difficult by the fact that the designers had to work in pairs despite being strangers to each other. She and Sergio Guadarrama joined forces, and it proved to be a fruitful collaboration, landing them at the top of the judges scores and winning Allen her first challenge of the season.

That set a high bar for her, which she didn’t always meet. She was accidentally hit in the nose while collecting unconventional materials for “Sleigh the Runway,” and things only got worse from there as her wrapping paper dress left the judges shocked and disappointed. They let her off with a warning, though, and she came back to win the pop art challenge a few weeks later in “Project Runway X Ashley Longshore,” which made her the first designer to win two challenges.

But her struggles weren’t over. She took a risk in “Suit Yourself” by making menswear for the first time in her life. That went about as well as you might expect. The re-imagined tuxedo she created was so poorly constructed that the judges eliminated her despite her excellent work before that. However, it’s a testament to her skill that Christian Siriano used his very first Siriano Save to keep her in the competition.

Check out her topsy-turvy work throughout the season below.